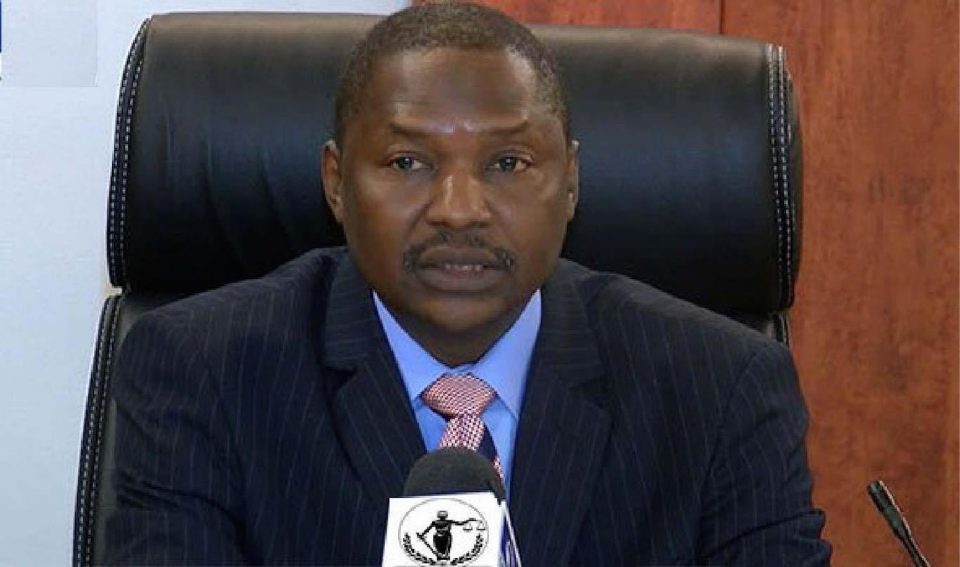 Abubakar Malami (SAN), the Attorney-General of the Federation (AGF) and Minister of Justice, has faulted critics of President Muhammadu Buhari’s directive restricting movement in Abuja, Lagos and Ogun States over coronavirus pandemic.

Some lawyers, including Ebun Olu-Adegboruwa (SAN), had criticised the President, claiming that he acted illegally by announcing a lockdown in Abuja, Lagos and Ogun states.

In a statement on Monday, Malami’s spokesman, Umar Gwandu, quoted the AGF as arguing that Adegboruwa and others were wrong and misconstrued the law in that regards.

Malami further argued that by a  community reading of sections 5, 14, 20 and 45 of the 1999 Constitution; sections 2, 6 and 8 of the Quarantine Act, and Article 4 of the International Covenant on Civil and Political Rights and Article 11 on Human and Peoples Right, the declaration by the President in his speech on Sunday “is valid, legal and enforceable.”

His words: “It is important to inform the discerning members of the public that the President did not make a declaration of a State of Emergency under Section 305(1) of the 1999 Constitution (as amended) which would have required the concurrence of both House of the National Assembly.

“Even at that Section 305(6)(b) of the 1999 Constitution (as amended) permits a proclamation of a State of Emergency to run for a period of 10 days without the approval of the National Assembly when the parliament is not in session as in the present situation wherein the National Assembly has shut down.

“The learned silk also goofed when he questioned the President’s powers to restrict movement and claiming that such powers can only be exercised by the State Governors and the respective State Assemblies.

“It is clear from the President’s broadcast that what His Excellency sought to address is a public emergency occasioned by a dangerous and infectious coronavirus disease.

“The restriction of movement came on the heels of advice received by the President from the Federal Ministry of Health and the NCDC, the two focal agencies in the fight against COVID-19.

“It, therefore, becomes obvious and clear that the restriction order is part of a national quarantine measure.

“The correct position remains that the President acted rightfully under the powers conferred on him by the Quarantine Act 1990 CAP 384 LFN whose long title read thus: ‘An Act to provide for and regulate the imposition of quarantine and to make other provisions for preventing the introduction into and spread in Nigeria, and the transmission from Nigeria, of dangerous infectious diseases.’

“Section 6 of the Act requires the President and State Governors to provide sanitary stations, buildings and equipment.

“Thus, in recognition of the critical roles being played by the State Governors in these trying times, the Federal Government has been working with the States in line with the dictates of Section 6 of the Act.

“I also wish to draw the attention of the public to the provisions of Section 8 of the Quarantine Act which clearly gives high precedence to the President above State Governors in responding to matters of public health.

“No role is even conferred on the State Houses of Assembly under the Act.

“Section 8 provides thus: ‘If and to the extent that any declaration under section 2 or 3 of this Act has not been made, and to the extent that regulations under section 4 of this Act have not been made by the President, power to make any such declaration and to make such regulations may be exercised in respect of a State, by the Governor thereof as fully as such power may be exercised by the President, and subject to the same conditions and limitations.’

“It is therefore erroneous and mischievous for anyone to claim that the President is usurping the powers of State Governors and State Houses of Assemblies.

“The foregoing is strengthened by the fact that Quarantine is one of the items under the Exclusive Legislative List under the 1999 Constitution which means that a State House of Assembly cannot legislate on it.

“The above notwithstanding, going by the doctrine of covering the field, the President did not violate any law.

“The provisions of the Quarantine Act above enjoys constitutional backing under Section 45(1)(a) of the 1999 Constitution being a law that is reasonably justifiable in a democratic society in the interest of public health.

“Furthermore, it is common knowledge that the COVID-19 is a global pandemic that is crippling nations and economies, therefore, stringent measures at the national level are required.

“This is not a situation whereby the Federal Government is expected to wait for State Governments to act first.

“International Treaties to which Nigeria is signatory also  recognize the need to depart or derogate from fundamental rights (especially freedom of movement) obligations in deserving situations (such as public health) – see Article 4 of the International Covenant on Civil and Political Rights, Article 11 of the African Charter on Human and Peoples’ Rights

“It is also remarkable to note that the President has so far acted in accordance with the executive powers of the Federation conferred on him under Section 5(1) of the 1999 Constitution (as amended) as well as the provisions of Section 14(2)(b) which provides that the security and welfare of the people shall be the primary purpose of government. In the same vein Section, 20 of the 1999 Constitution (as amended) requires the State to protect the environment and safeguard the water, air and land of the country.

“This is not the time for technicalities or legal theatrics rather it is a time to stay safe and stay alive.

“I therefore enjoin all persons, entities and authorities to ensure strict compliance with the restriction order and the exemptions thereto as issued by the President in the overall good of our people and dear nation.”