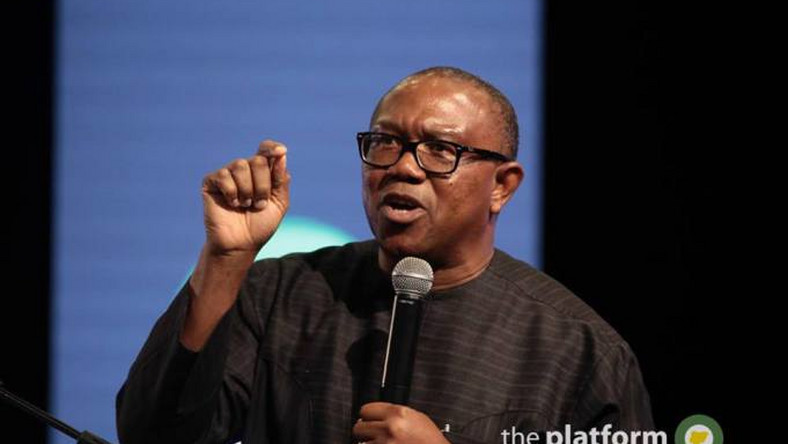 Prince Benjamin Apugo, a prominent figure in Abia politics and member of the All Progressive Congress’ Board of Trustees, has called for support for Mr. Peter Obi, the Labour Party’s candidate for president, claiming that Mr. Obi has an advantage over the other candidates due to his integrity, competence, and demonstrated track record of success.

The APC leader, who spoke to reporters yesterday in his Ibeku Umuahia country residence, also urged people to vote for Dr Alex Otti, the Labour Party’s candidate for governor, by adding that he has the resources to develop Abia.

He declared that he never supported Emenike’s bid for governor and forbade anyone from trying to exploit him for political benefit.

Apugo claimed that Abia State was being ignored by the APC-led federal government since there was no federal presence there.

He complained that the APC had done nothing for his home states of Abia and Umuahia.

Additionally, Apugo said that the APC had not done much for Ndigbo and advised people to base their decisions on the qualifications and moral character of candidates rather than the party’s logo in the upcoming elections.

Apugo called the Igbo political elite saboteurs who had disparaged Obi in the past and described them as narrow-minded and self-centered.

He advised Igbo voters not to lose hope due to the unpatriotic actions of such individuals, who he claimed rarely visited their areas.

Apugo says that Obi’s desire to run for president and his subsequent candidacy has improved the Igbo race’s standing.

He noted that Nigerians from all ethnic, religious, and political backgrounds would come together for the first time in support of a presidential candidate from the southeast.

Apugo urged Ndigbo at home and abroad to cast their votes in the next elections for deserving candidates in large numbers.

He asserted that the time for tampering with election results had passed and urged anyone intending to rig the polls to consider alternative strategies.