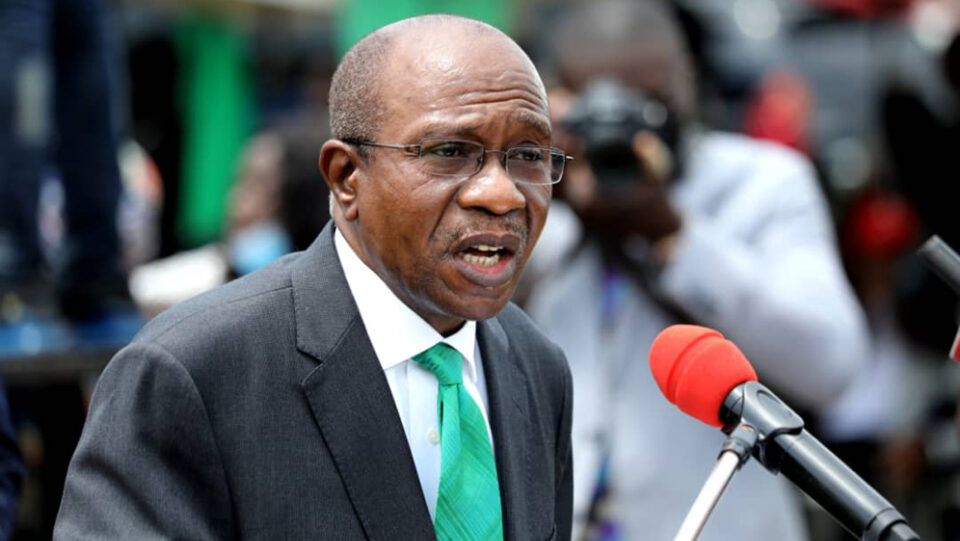 Governor of the Central Bank of Nigeria, CBN, Mr Godwin Emefiele has introduced newly designed N200, N500 and N1000 notes with the sole objective of compelling depositors in possessions of N2.7 trillion to return to banking with banks. But the motive behind the initiative might not sail through if certain financial indices are not addressed.

The CBN governor has accused Nigerians of presently hoarding N2.7 trillion in various places that are out of reach from the financial system.

According to Emefiele, only N600 billion of the N3.3 trillion in circulation is stored in commercial banks’ safe deposit boxes, lamenting that this should not be permitted to occur and suggesting that Nigerians should start storing their money in banks again.

Apparently, Emefiele wants Nigerian depositors that have since abandoned saving their money in banks to start patronizing it again. But has however failed to address the reasons many Nigerians jettisoned the banks and took other means of securing their funds and their values.

Several reasons many Nigerians don’t deposit in banks range from illegal deductions of their money, illegal charges for unsolicited SMS, compulsory ATM card maintenance and disappearance of funds that banks cannot account for, to mention a few. Though that issue is with the common man.

Other factors adduced to why many don’t put their money in banks include the daily devaluation of our naira nationally and internationally. Things have gone from bad to worst, such that the value of naira that a customer has in his bank account today might not be the same the following day.

Many will rather invest their money in other ways than putting it in banks.

If the CBN governor is sincere to know where the N2.7 trillion is, he should carry out investigations on both banks and other financial institutions and he would be amazed that they have heavily invested the largest chunk of the money in cryptocurrency.

Ask many of our lawmakers if only they would tell you the truth, their investments are in cryptocurrency. It’s believed that cryptocurrency can keep the value of any national fiat over time than the fiat banks. Bitcoin, Ethereum and other cryptocurrencies are believed to be a dependable store of value than gold or any fiat. Credible News observation revealed that if cryptocurrency value crashes today, it bounces back after some period of time. But that is not the case with the naira. Once the Naira depreciates in value, it hardly retraces its way back to the previous value in purchasing power.

The CBN should realise that if these monies (N2.7 trillion) are in the crypto ecosystem, there is no means its authorities can see it back to the banks until the naira value is restored. That reason will motivate depositors to the bank.  Moreso, the CBN cannot ever trace the money of investors’ investments in cryptocurrency because transactions are built on blockchain technology. Therefore, if the investors are getting good return values for their investments, it might be not easy to bring them back to the banks. Does Mr Emefiele think the N2.7 trillion is being kept at individual homes? I don’t think so. You can read more of such stories at The Cheer News.

There are many ways fund holders can boycott the banks in this harshly economy where many businesses do not thrive in Nigeria. Twenty-seven per cent of Nigerian Internet users own cryptocurrency data, according to a report by Finder.com. This is despite the Central Bank of Nigeria’s restriction on digital currencies in the country.

Why will many Nigerians deposit money in a national bank if they can make daily or weekly profits if they invest in cryptocurrency? Many people who confided in Credible News said it’s better to buy cryptocurrency with their naira and leave it there for five years than save the same money in banks.

The CBN governor who does not know the whereabouts of N2.7 trillion wants to use the advantage of the newly introduced currency to make the N2.7 trillion resurface in banks.

Emefiele had said Nigerians would be forced to withdraw their hoarded currency in order to acquire the newly designed notes as a result of the redesign of the naira notes. But will that approach resolved the issue of not depositing in Nigerian banks?

The new Prime Minister of the United Kingdom, Rishi Sunak has openly stated that he would seize the opportunity of the crypto ecosystem to revamp the nose-diving pound sterling. What are our CBN governor and president’s stands on cryptocurrency as the ban has little or no effect on the crypto business? If the ban is lifted, cryptocurrency investors can then think of keeping their money in the banks, knowing full well that they can freely transact their crypto business via the same banks.

Among developed countries, cryptocurrency use was most widespread in English-speaking countries – first and foremost the United States, but also the UK, Canada, South Africa and Australia. Emerging economies India, China and Brazil are also registered as heavy users. In the case of Russia’s and Ukraine’s intensive use, Chainalysis ties these to widespread mistrust of institutions and possibly capital flight and tax avoidance.

The CBN governor who seems to have forgotten that there is room for e-naira entry and exit said he’s optimistic that the possessors of the monies will visit the banks to change it to the new notes through bank deposits.

Acting on the displeasure of the CBN governor that Nigerians are hoarding N2.7 trillion from the financial system, Abdulrasheed Bawa, the executive chairman of the Economic and Financial Crimes Commission (EFCC), has threatened to pursue hoarders of the currency.

Bawa warned Bureau De Change operators to be on the lookout for anyone who may try to utilise the BDC stores to sell the unlawful funds they have been stockpiling.

Bawa also asked commercial banks to uphold their duties to report suspicious customer transactions, warning that the EFCC will pursue any financial institutions that fail to do so.

Bawa implied that the new naira notes are a thoughtful and timely solution and will help with the nation’s currency management.

The central bank, the anti-graft agency, and other financial sector authorities “have worked closely in the recent past to determine how best to stabilise the country’s monetary policy environment.

“It is heartening that the CBN has shown courage in making this bold decision, which I believe will bring sanity to the naira management situation in Nigeria,” Bawa added.