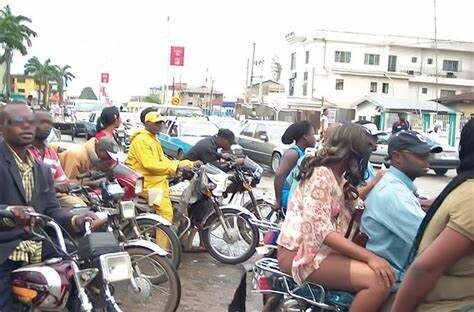 Lagos state government said passengers of commercial motorcycles who operate on the prohibited routes are now at the risk of a three-month jail term.

These punitive measures on passengers of the commercial motorcycle are coming after weeks of fruitless enforcement on the ban of okada riders by the Lagos State Taskforce.

In order to enforce the ban on commercial motorcycles plying major highways in the six local government areas and nine local council development areas, the Chairman of the Agency, CSP Shola Jejeloye, said 322 bikes have been seized since the commencement of the week-long raid.

New Telegraph learnt that the enforcement took place in Agege/Fagba, Apapa and Ajah where pockets of activities relating to the operations of okada had been seen.

Speaking on the incidents, Jejeloye described the activities of these recalcitrant okada operators as rebellious and vowed to ensure that every single one of them, though few, would have their bikes confiscated and crushed by the state government if they failed to adhere to the ban on their operations.

ImaliPay Partners With Cellulant For Payments infrastructure In Kenya, Nigeria