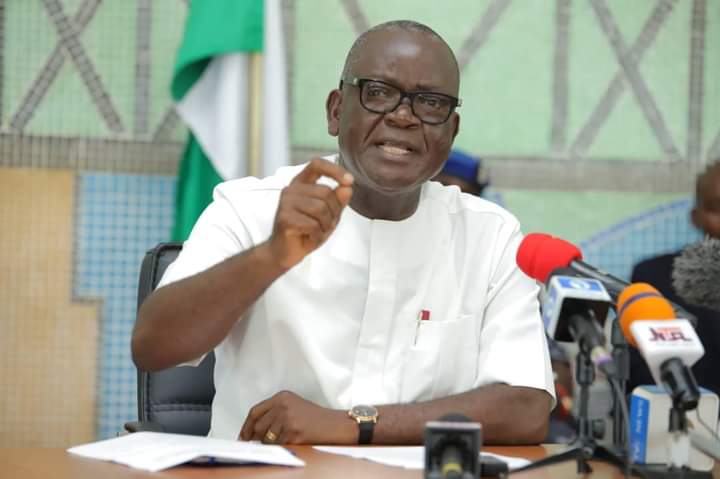 Barring all odds, the governor of  Benue State, Samuel Ortom has on Thursday signed into law the Open Grazing Prohibition and Ranches Establishment Amendment Bill 2017.

The bill was passed by the State’s House of Assembly, on Tuesday, after a clause by clause consideration of the report of the House Standing Committee on Agriculture and Natural Resources during plenary.

Ortom had earlier sought for the review on grounds that the principal law had some lacuna that needed an amendment so as to deter those who flagrantly disrespect the law.

Our correspondent reports that the amended law now stipulates that any person found moving livestock on foot within or across urban centres, rural settlements or any part of the state would pay N500,000 as fine for the first offender while subsequent offender would be liable to pay N1 million with appropriate prison terms and options of fine.

The amended law also stipulates a 14-year jail term with an option of N5 million fine for anyone who engages the services of an underaged child to break the law with equally various fines for confiscated livestock which includes N50,000 fine per cow, N10,000 per pig, N5,000 per goat and N1,000 per poultry bird.

The governor said the old moderate fine for a confiscated animal which prescribed N2000 per cow was reviewed to N50,000 based on current realities and the cost spent in bringing and caring for them at the state’s quarantine centre.

He added that while other portions of the law remained as it were, another amended area covered the seven days period of grace during which the confiscated livestock must be claimed by their owners or risk being unction.

“If the owners don’t come to collect same day of confiscation, they will have to pay an additional N20,000 for each cow. If you don’t pay within seven days, the law permits us to unction it,” Ortom said.