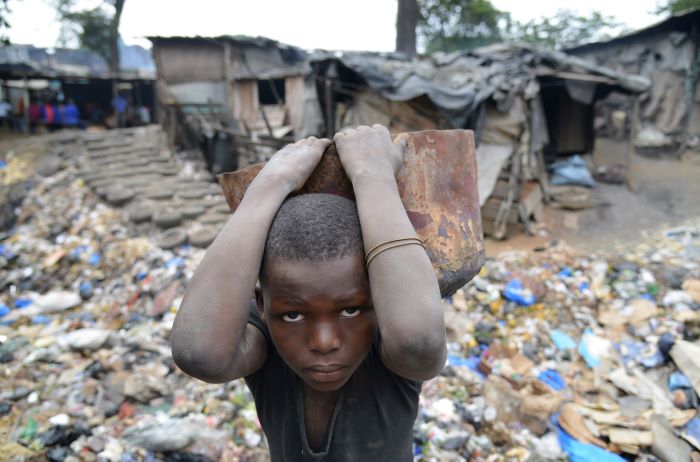 Polygamy may take the form of polyandry, where multiple men share a woman or polygamy where a man marries many women. The truth remains that many people regard marriage as transactional, therefore as a common enterprise through which man and woman produce goods and services for their own consumption. For some, it is recognized that the more women you marry, the more resources you gain. In addition, no one has yet given a complete explanation about why the bride’s price is paid by the husbands, while elsewhere the bride’s family provides a dowry.

According to the 2018 Nigeria Demographic and Health Survey (NHDS) report, thirty-one per cent of women age 15-49 reported that their husband or partner had other wives, while 13% of men age 15-49 reported having more than one wife. The percentage of women with one or more co-wives is highest in Katsina (50%) and lowest in Abia (3%). For a female teen, marriage to a much older man makes it unlikely that she will have an equal partnership with her husband and makes the completion of her education difficult, if not impossible. Polygamous women tend to be younger and less educated and their children suffer from the lack of more mature mothers.

Early marriage, in turn, is associated with much higher reproductive rates, with its attendant implications on poverty and security. Instead of delaying marriage and procreation until the age of 20 or 30, women get married and have children in their teens. Moreover, half-siblings compete for limited resources, which more often put children at risk. Most women in polygamous marriages have limited economic power and are associated with their husbands’ financial health only. In Nigeria, the median age at first marriage among women aged 20-49 is 19.1 years. Men marry later than women, with the median age at first marriage among men aged 30-59 being 27.7 years. Women in the North West marry at a much earlier age (15.8 years) than women in the South East (23.6 years). As well, the percentage of women who had sex at age 18 has increased since 2013 (from 54% to 57%). The median age at first sexual intercourse among women is lowest in Katsina (15.3 years) and in Bauchi (15.4 years) and highest in Enugu (20.3 years) and Lagos (20.1 years).

Women with no education are much more likely to have co-wives, or rather be in polygamous marriages than women who have more than a secondary education. Early marriage to a much older male is also linked to deadly domestic violence. The greater the age difference, the greater the likelihood that the husband will kill his wife, and vice versa (the young woman murders her husband). The age difference exacerbates gender differences and, for men, is more likely to lead to jealous fears that their young women will be unfaithful. For example, 36.8% of those in polygamous marriage has no form of education, 22.7% has only primary education, 11.1% has secondary education and 7% has more than secondary education. Twenty-seven per cent of the men in Kebbi and Katsina have two or more wives, compared to less than one per cent in Anambra. Women with no education engage in sexual intercourse earlier than women with more than a secondary education (15.6 years versus 20.6 years). As a Christian, I have a strong belief that marriage is between a man and a woman, not between women.

Conflict between co-wives/spouses is also pervasive in polygamous homes, resulting not only in higher divorce rates, but even worse for the welfare of children. Polygamous  families with more than two women are five times more likely to divorce than monogamous families. Overall, women are more likely than men to be divorced, separated, or widowed. The senior wives worry that they will be replaced by younger wives, and the younger wives in turn worry about the power exerted in the home by senior wives. Research indicates that levels of domestic strife and violence are higher in polygamous homes than in monogamous homes as wives seek to preserve their place with their shared husband as well as struggle to secure resources for their own biological children. Children in large families, most times, experience poor moral upbringing as the father, who is looked out as a moral teacher, does not have adequate time to attend to his children. This greatly affects the children of unfavorable wives as they have no direction and cannot be disciplined when they make mistakes.

Moreover, polygamous families are more likely than monogamous families to be poor. Firstly, fathers’ investment in their children is diluted. Because marriage to other young women is still an option, a husband’s resources of time, attention and money are diverted from his own children and towards finding new partners. Second, the increased number of children in polygamous families makes it increasingly difficult to provide each child with adequate time and attention. Some fathers don’t even know each child’s name because of the number of children they have. Poverty headcount rates for different households are: 2.66% for household with 1 person, 17.88% for 2-4 persons, 40.90% for 5-9 persons, 62.27% for 10-19 persons and 77.66% for 20 or more persons. It is no accident that the regions with the highest rate of polygamous marriages in Nigeria are also the poorest.