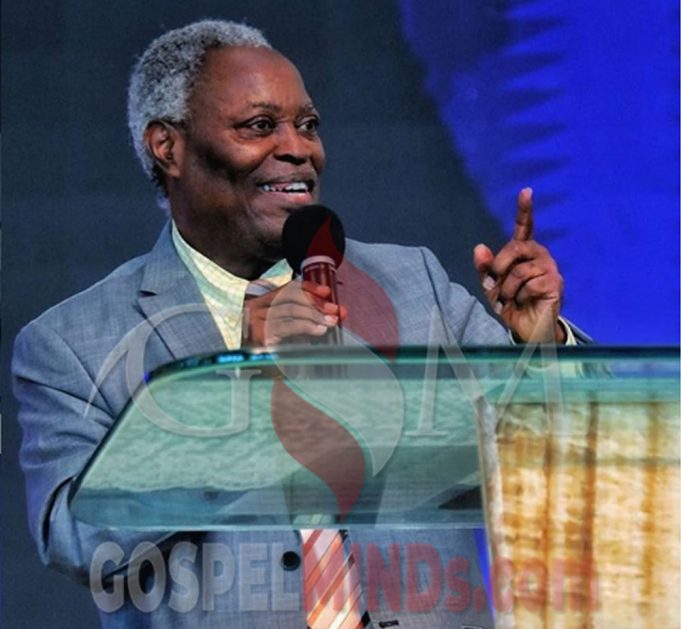 As an emerging futurist, I’m particularly drawn to patterns and trends. I attempt to stand in three spaces at the same time; yesterday, today and tomorrow. I deploy tools of critical analysis, strategic research and strategic foresighting to draw predictions and prospects. It’s such an interesting ascent I must say.

One of the most talked about leadership recalibration and systemic transformation is that being experienced by the DEEPER CHRISTIAN LIFE MINISTRY, one of largest pentecostal assembly in world led by the International preacher, Pastor. W. F. Kumuyi.

The world obviously didn’t expect that level of rapid rapid response to change in adminstrative, digital and other quarters.

Distinguished Brand Strategist, Keke Alder upholds that, “a vision is not different from it’s visioner”. So is the case of Deeper Life.

Pastor Kumuyi, a calm, systematic and diplomatic leader built his team and organization to embrace an orthodox – like, solemn and reserved approach to worship and spiritual activities. The preacher is sparsely involved in societal matters and when he does, has a diplomatic approach.

These, positioned Deeper Life on a unique part as most of their approaches differ largely from other pentecostal expressions. This, has been a matter of controversy for long but for a very focused leader, nothing deters his commitment to his received vision and to the unique template that guides his vision.

This was the case as many either accepted that uniqueness or ultimately let it be after much show of displeasure. Not until, a few years ago, the gifted teacher publicly declared his intentions to address matters of no eternal significance that were not helping the church to grow. In his words, “those things we put in place to help the church, which are not helping the church, he will remove them before he goes (indicative of his departure from earth through death).

That statement, sounded controversial and though not taking too serious or not knowing what to expect from the dynamic Puritan, it would be an entrance into an Irresistible reformation.

The popular leader, had simply deployed the “Clear The Way” strategy. A method deployed to gradually ease people into a dramatic change. Especially for a congregation built along some rigid and unconventional patterns.

Pastor Kumuyi, unrelenting about his resolve to position along his church along the lines of global relevance clearly began to show more commitment to interdenominational engagements.

The Lagos Strategic Leadership conference in partnership with the Christian Association Of Nigeria (CAN), Lagos, Chapter, The Wednesday Bible Study, that saw him move from church to church in communities in Lagos, The Independence Service and Lagos State Thanksgiving held at the Church Headquarters and a growing relationship with other spiritual and political leaders constituted a chain of salient yet critical foundations to support what was to come.

At the worship service that day which was attended by Governors Babajide Sanwo-Olu and Emmanuel Udom, some youths of the church strategically positioned at the first gallery of church building suddenly emerged from the blues and started blowing the trumpets and sang happy birthday to their pastor.

Service was temporary obstructed as they were overjoyed, singing and blowing the trumpets and other musical instruments. This was the first time such a thing has occurred in the history of Deeper Life, a conservative holiness church.

The action of the youths elicited mixed feelings in the church. While some were happy, others felt the youths have compromised the standard of the church.

But on Saturday, shortly before delivering his message at the workers’ meeting, Kumuyi doused the tension and said those who had been punished by their action during the service should be restored back to the working team.

The short address was clearly beyond a tension dousing agenda. It was an obvious endorsement of the youth arm of the church and a call to collaboration between both generations.

The Mathematics Scholar turned preacher had by some unimaginable equations, bridged a generational gap.

I dare to say that 6th June, 2021 will go down in history as the trigger of a denominational reformation.

What followed was a long list of unusual practices.

– The commencement of THE GLOBAL CRUSADE – an EVANGELISTIC EXPRESSION that leverages on high level technology to reach nations of the world. With Abuja, Calabar, Enugu, Portharcourt, Uyo and most recently Lagos used as Alpha locations from where the rest of the world hook up. So far, they have been tremendous testimonies.

– The Social Media take over strategy.
The church invested labour and financial might into its social media positioning.
Excellent photography and videography to arrive at excellent coverage of events and cross continental link ups.

– DON MOEN!!!! That was it.
A guest music minister. Surely, no one expected that.
The 6 days crusade had the American worship leader lead worship for all the days.

This opened the door to subsequent invitations.
Pastor Nathaniel Bassey, Pastor William McDowell and most recently, Paul Baloche have all graced the Global platform.

– Electrifying atmosphere of worship and Praise

– Even the Pastor Kumuyi’s physical appearance is not spared, as the 80 – year old looks uniquely dressed with some very perfect combinations capped a well patterned blazer and matching tie.
In addition, one would easily notice that he also has his notes and texts displayed on the screen as opposed to the older pattern of printed notes and flipping pages.

Among other truly fascinating adjustment!

For an 80 years old, admitting that He is at the departure lounge of life would certainly be an easy call. The Man – Kumuyi and The Mandate – Deeper Christian Life Ministry will certainly be embracing continuity systems and longevity frames.

Though Pastor Kumuyi is still active in the work of Ministry, in fact a renowned preacher, Apostle Joshua Selman recently marvelled at his strength and doggedness. In his words ” Pastor Kumuyi still engages crusades as though he’s a young preacher seeking visibility”; his attention has obviously shifted to the next generation.

The whole picture intricately is a beautiful sight to behold and one can only just accept a visioner and his vision embrace change at the highest echelon of excellence and speed.

For me, it is what you get when flexibility is in place and EFFECTIVE youths are empowered enough!

Over 750 U.S. Flights Canceled on Wednesday Over Meltdown