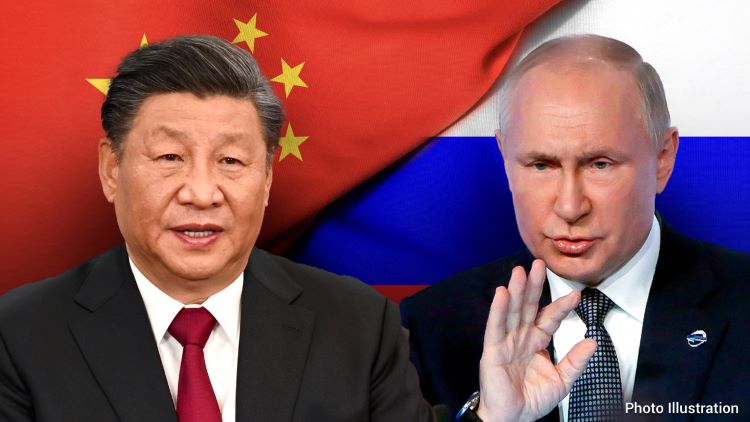 Next Thursday and probably Friday and possibly the weekend—will be one of the most important dates in world history. NATO and EU leaders meeting in Brussels will decide—or not to decide—what to do in Ukraine.

Ukraine will then decide whether to continue fighting and how. Ditto Vladimir Putin.

Australia, Japan and South Korea’s foreign and defence policies will be dramatically affected. China may come off its rickety fence. India and the OPEC countries will have to make big decisions under heavy pressure from both sides of the warring coin.

International markets – stock markets, commodity markets, oil and gas markets—will either plunge or soar at the news from Brussels.

The world will wait to hear whether we have moved a giant step closer to nuclear Armageddon or inched away from it.

The variations are endless and each has known and unknown consequences. With the threat of nuclear war hanging over every decision, the room for error is nil.

If Vladimir Putin did not possess the world’s largest nuclear arsenal then the answer would be relatively easy: Attack and drive the Russians out. But he does, and he has threatened to use them. The question then arises: Is Putin Bluffing?

More to the point, can the Western Alliance afford to risk the possibility that he is not bluffing?

Putin, however, refuses to play by the rules. He may go straight for American targets, which is why Joe Biden will block anything that could lead to a nuclear exchange.

Television cameras have brought this war into Western homes like no other war before. We are being fed a constant live stream of brave Ukrainians led by a heroic president. There is a growing public clamour to recognise Ukraine’s spirit and go to its aid. If this continues long enough then it will be difficult for Western politicians to ignore it.

NATO could, however, take a sort of halfway position of sending more troops to East European members. Some have been sent, but only a few thousand. They are certainly not enough to seriously deter Russian aggression either in Ukraine or against East European members. The danger of substantially increasing the numbers is that Putin will interpret that as NATO aggression and go straight to nuclear weapons.

The most likely scenario is more of the same. That is more weapons to Zelensky’s brave fighters and tighter economic sanctions. There are several problems with this approach. One is that it assumes that Ukraine will be able to defeat Russia, either in the current conventional war or in an insurgency that might follow it is the latter then an insurgency could last for years which means years of severe economic hardship for the entire world until a broken Russia is forced to its knees. Putin believes that the hardy Russian people can outlast the decadent West.

There is another political problem for the West. Leaving the fighting to Ukraine means leaving the political decisions and final settlement to Volodymyr Zelensky when – and if—Ukraine is victorious. At the moment the interests of NATO and Zelensky are the same. But that could change and the Ukrainian president has been loud in voicing his frustration about NATO support. Zelensky will justifiably claim that Ukrainian blood has earned his country the top seat at any future negotiating table.

Finally, there is the provision of an off-ramp or golden bridge for Vladimir Putin to enable him to end the fighting with his reputation at least slightly intact. Does NATO and the EU want this? Leaders have painted the war as a battle between good and evil and said that Putin must be seen to fail. Putin has also suggested that the current conflict is a long-overdue East-West showdown. If those are the opposing positions then it makes an exit ramp difficult to negotiate.

If, on the other hand, a golden bridge is on the cards then it would be a good idea to enlist the aid of the Chinese. They are, after all, the experts at saving face. Apart from the Russians, they may have the most to lose whatever the outcome and have managed to stay relatively neutral while remaining friends with Vladimir.

The problem is that asking for Chinese improves China’s international position and the US—with a wary eye on its Asia pivot– is strongly opposed to anything that helps Beijing. The EU, however, would probably favour such a move which would bring it into conflict with Washington.

The biggest unknown that Western leaders face in considering all the above options is that no one seems to know what is in Putin’s mind or even if he is sane. He is calling the shots. The Russians themselves say that their decision-making processes are not so much top-down pyramid structures but more of a top-down vertical pole with Vladimir sitting at its summit.

Tom Arms is the foreign editor of Liberal Democrat Voice. He is also the author of The Encyclopedia of the Cold War and the recently published America Made in Britain which sold out in the US after six weeks but is still available in the UK.

The world’s television cameras have shifted to the tragedy of Ukraine. But that does not mean that the problems elsewhere have disappeared. If anything they have worsened as the money and attention has shifted to the danger of a European, East-West war. There are now 89 million displaced people in the world. The greatest number ever in history. Here’s a very brief summary of some of the worst:

Syria celebrated (if that is the correct word) the 11th anniversary of the start of its civil war this week (15 March). It has, according to the UN High Commissioner for Refugees, the dubious distinction of being the centre of the world’s largest displacement of people. The death toll is estimated at 500,000. Six million are internally displaced and five million have fled the country. The biggest number of refugees are in Turkey—3.7 million. The UNHCR reports that it has only received seven per cent of the $465 million it needs for 2022 to provide basic food and shelter. One of the hardest-hit areas in Northern Syria where 1.5 million people are living in snow-covered tents spread over 1,489 separate camps. The problems are not confined to the areas where refugees have fled. In about 100 villages in the government-controlled Aleppo region, the people are suffering from the absence of drinking water. Possibly the only good news in Syria is that some of Assad’s soldiers are being diverted to Ukraine to help the Russians and the Russians may be unable to provide the assistance to Assad that they have contributed to date.

The Ethiopian war between the government of Abiy Ahmed and the Tigrayan People’s Liberation Front continues to rage out of the spotlight. So far it is estimated that there are 1.7 million internally displaced people and 500,000 in refugee camps in Sudan. The war has also spread to the Amhar region as the Tigrayan People’s Liberation Front attempted to march through that territory to attack Addis Ababa.  Because of a blockade by federal forces no food or medical aid has been delivered to Tigray Province since mid-December. Three-quarters of Tigray’s health facilities have been destroyed. Forget about covid jabs. Both sides are reported to be guilty of rape and murder and have been burning crops, slaughtering livestock and destroying grain stocks. The result is famine. The director-general of the World Health Organisation Tedros Adhanom Ghebreyesus (himself an Ethiopian) has described the situation as “catastrophic.”

The BBC World Affairs Editor John Simpson has described the aftermath of the war in Afghanistan as the “destruction of a nation.” Before the Taliban victory, 80 per cent of Afghanistan’s budget was derived from foreign aid—mainly from the US. But a humiliated and angry Washington has frozen $10 billion of Afghanistan’s foreign reserves, $7 billion of which is directly held in the Federal Reserve Bank. There is talk of half of it being released for humanitarian relief with the rest going to the victims of the 9/11 attack. The Afghan people certainly need relief. Roughly 85 per cent of a population of 38.4 million are facing starvation. Unemployment is up. Food prices are up. The Afghan currency is plummeting. Because they are malnourished, there is a measles epidemic among the children. Covid is rampant. The UN has asked for $4.4 billion for basic foodstuffs. By the beginning of March, $1.4 billion has been raised.

This week there was a pledging conference at the United Nations in New York to raise money for the victims of the war in Yemen. UNICEF and the UN High Commissioner for Refugees said $4 billion was needed. $1.4 billion was pledged by the wealthy donor countries. The war in Yemen has been raging for five years.  On one side are the Iranian-backed Houthi rebels and on the other the coalition government is actively supported by Saudi Arabia and the United Arab Emirates. So far an estimated 400,000 have died. Four million are internally displaced. Two-thirds of the population requires food aid which has now been reduced because of lack of funds. While Donald Trump was in the White House the US and Britain supplied intelligence and military aid to the Saudis and UAE. This was reversed when Joe Biden became president.  Saudi/UAE—US relations were strained and was one of the reasons Saudi Arabia reaffirmed its commitments to Russia after it invaded Ukraine. This week British Prime Minister Boris Johnson was in the Gulf to try and persuade the two oil producers to join the anti-Russian camp and increase production so that the West could stop imports of Russian energy. If they agree, the Saudis will want renewed Western support for their war against the Houthis and Yemen will continue to suffer.

Finally, let us not forget that we are still in the middle of a global pandemic. This may not be so apparent on the streets of America and Europe where most governments have decided that vaccination programmes mean that life can return to a new normal. But elsewhere the story is different. It was reported in Hong Kong this week that twenty per cent of the population have Covid-19 and 289 died in a seven-day period. Hong Kong hospitals and mortuaries are filled to capacity. The problems in Hong Kong arises from the fact that only about half of the elderly have been vaccinated and they are, of course, the most vulnerable. The same is true in Mainland China where an estimated 15 million over-80s have yet to be jabbed. The result is a series of lockdowns across the country. The worst is in Jilin Province in Northeast China where 24 million are not being allowed to leave their homes or the region. In the tech hub of Shenzhen, people have been told to work at home and there are also restrictions in Shanghai. The worldwide death toll this week reached 6,087, 572. America leads the list. It has almost reached a million with 995,879 deaths. Possibly because of the anti-vax campaign, the number of deaths in the most recent seven-day period were among the highest in the world at 733. Russia is not far behind at 561 deaths in the latest seven-day period.

Coronavirus – Cameroon: The Provision of COVID-19 vaccines to the Republic of Cameroon through the COVAX facility

Putin Has Tight Grip On Power, Doesn’t Have Much To Fear – KGB Spy