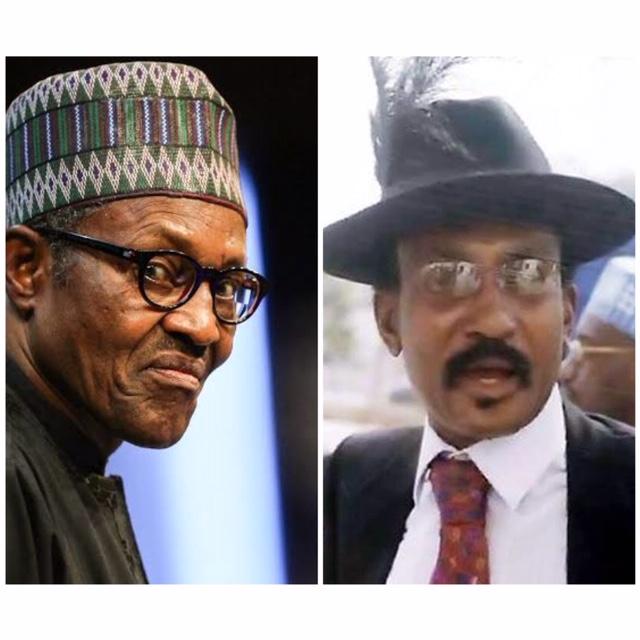 Col. Abubakar Dangiwa Umar, the former Military Governor of Kaduna State, has written an open letter to President Muhammadu Buhari, urging him to desist from nepotism if he wants Nigeria to remain united.

In the letter titled: ‘Mr President; Please belong to all of us’ Umar stated Nigeria has become dangerously polarised and risk sliding into crisis on account of Buhari’s lopsided appointments.”

He accused the President giving undue preference to some sections of the country over others in his appointments.

Col. Umar, wrote the letter in reaction to the celebration of the President’s 5th year in office.

The letter dated 31st May 2020 reads: ” All those who wish you and the country well must mince no words in warning you that Nigeria has become dangerously polarized and risk sliding into crisis on account of your administration’s lopsided appointments which continues to give undue preference to some sections of the country over others.

“Nowhere is this more glaring than in the leadership cadre of our security services.

“Mr President, I regret that there are no kind or gentle words to tell you that your skewed appointments into the offices of the federal government, favouring some and frustrating others, shall bring ruin and destruction to this nation.”

“You may wish to recall that I had cause to appeal to you, to confirm Justice Onnoghen as the substantive Chief Justice of Nigeria a few days before the expiration of his three months tenure of acting appointment to be replaced by a Muslim Northerner.

READ ALSO: Buhari & Task Force Meet To Consider Request By Some Section Of The Country To…

“We were saved that embarrassment when his nomination was sent to the senate by the then acting President, Prof. Yemi Osibanjo.

“When he was finally confirmed a few days to the end of his tenure, he was removed after a few months and replaced by Justice Muhammed, a Muslim from the North.

“May I also invite the attention of Mr President to the pending matter of appointment of a Chief Judge of the Nigerian Court Appeal which appears to be generating public interest.

”As it is, the most senior Judge, Justice Monica Dongban Mensem, a northern Christian, is serving out her second three-month term as acting Chief Judge without firm prospects that she will be confirmed substantive head.”

“I do not know Justice Mensem but those who do attest to her competence, honesty and humility.

”She appears eminently qualified for appointment as the substantive Chief Judge of the Court of Appeal as she is also said to be highly recommended by the National Judicial Council.

If she is not and is bypassed in favour of the next in line who happens to be another northern Muslim, that would be truly odd.

“In which case, even the largest contingent of PR gurus would struggle to rebut the charges that you, Mr President, is either unwilling or incapable of acting on your pledge to belong to everyone — and to no one.

”I hope you would see your way into pausing and reflecting on the very grave consequences of such failure not just to your legacy but to the future of our great country.”

NPDC-SEPLAT to train 206 teachers from Edo and Delta States