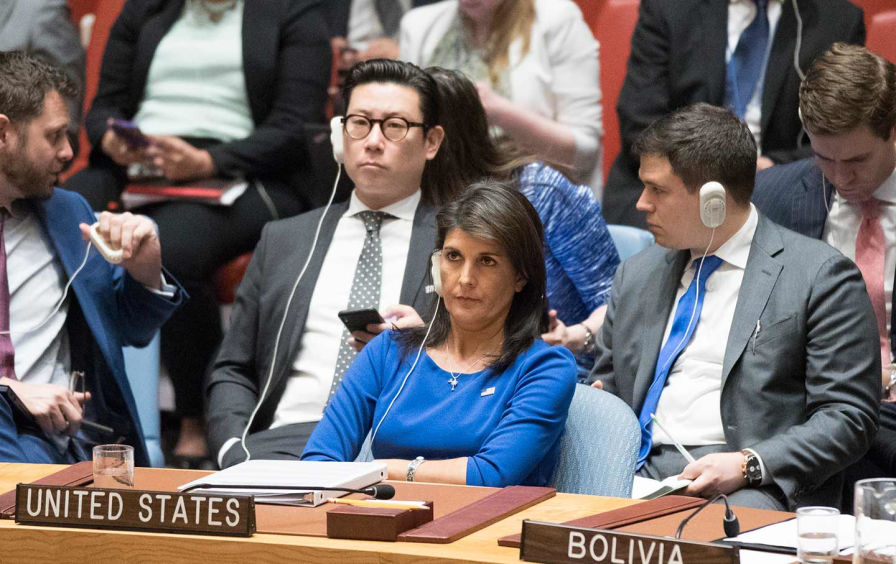 Amid growing cases of human rights violations by governments around the world, both United Nations and United States have thrown their weights behind human rights activists, declaring their supports for the activists’ struggles for the dignity of human persons.

United Nations Secretary-General Antonio Guterres, said Tuesday, that U.N. would stand with young activists even as United States Secretary of State Micheal Pompeo, said U.S. would remain staunch supporter of those whose strive for their rights and human dignity.

He added that every government derived its moral authority by its willingness to protect the rights and freedoms enshrined in the Universal Declaration of Human Right (UDHR), as adopted by the U.N. General Assembly in 1948.

Guterres and Pompeo spoke separately on the occasion of Human Rights Day. While the U.N. Secretary-General made his remarks at the body’s New York Headquartered at a program titled “Youth Standing Up for Human Rights”, the US Secretary of State speech was contained in a statement from the U.S. Department of State, issued by the Office of the Spokesperson and made available to the media, titled “International Human Rights Day.”

The U.N. Scribe noted that the young activists had been at the forefront of agitations against human rights abuses in their different countries.

“We express our support for those who are committed to protecting and promoting human rights; and we highlight where governments and others are falling short.
To the brave young human rights activists here today, I say: the United Nations stands with you, and I stand with you”, said the Secretary-General.

He pointed out that the occasion was to “celebrate the role of young people in advancing and protecting human rights”.

“As someone who grew up under a dictatorship, I am deeply inspired by the energy and passion young people bring to the struggle for human rights.

“I know young people can lead movements that change hearts and minds and make history. That is an indelible part of my own past.

“Throughout history and across the world, young people have been at the forefront of standing up for what is right.

“From Harriet Tubman’s antislavery activism, to the White Rose campaign in Nazi Germany, young people have risked everything to struggle against oppression and discrimination and affirm fundamental rights and freedoms.

“They are powerful torch-bearers for a better future, and we all owe them our support.

“Today, on Human Rights Day, we reaffirm fundamental human rights and celebrate the wisdom and legacy of Eleanor Roosevelt and all those involved in drafting the Universal Declaration of Human Rights more than 70 years ago.

“The Universal Declaration established a special responsibility for the United Nations: to advance all rights – civil, cultural, economic, political and social – for all people. Human rights are at the core of the UN and inform all our work.

“Since the adoption of the Universal Declaration, there has been massive progress. Billions of people around the world live safer, longer lives, with access to opportunities and hope for a better future.

“There is greater awareness of the values and commitments that underlie our rights, and an understanding of their universal nature. We have built on the success of the Universal Declaration, with additional covenants and a robust treaty-based system of international law.

“But there is much more to do. There is still an enormous gap between the Universal Declaration, and the situation in countries around the world.

“Human rights violations, misogyny and exclusion are widespread and systematic. Inequality is growing and hate speech is poisoning public debate. The climate crisis, urbanization and endless conflict are denying millions of people their fundamental rights and freedoms.

“Our shared human values offer a way through; and once again, young people are in the lead.

“Everywhere, they are marching against corruption, repression and inequality and for human rights and human dignity.

“Young people are on the front lines of action against the climate emergency, which poses a serious threat to human rights and to human life.

“Young women are at the forefront, making the link between the denial of their rights and rising populism, xenophobia and discrimination of all kinds.

“Young people are rightly demanding that governments listen to them and respect them. Their voices must be heard.

“We regularly hear about the repression of human rights defenders. Recently, several young activists who work closely with the United Nations reported that they or their family members experienced retaliation and even detention for speaking out.

“This reflects a broader trend that is completely unacceptable. The work of human rights defenders, young and old, is essential to all our efforts for peace and for inclusive and sustainable development. They must be protected and supported.

“I salute them, and I urge governments to pay attention, to engage and to invest in progress and hope”, said U.N. Secretary General.

On his part Secretary Pompeo took a swipe at China, Iran, Syria and Venezuela for their serial human rights violations.

“Indeed, it is widely recognized that a government’s moral authority is derived in large measure by its willingness to protect the rights and freedoms enumerated in the UDHR.

“Sadly, not all nations have demonstrated this willingness. The Chinese government continues to repress members of religious and ethnic minority groups in Xinjiang, Tibet, and elsewhere, as well as to undermine the freedoms guaranteed to Hong Kongers under the Sino-British Joint Declaration and the Basic Law. The regimes in Iran, Syria, and Venezuela commit gross human rights violations every day that shock the conscience. In order for countries such as China, Iran, Syria, and Venezuela to regain moral authority in the eyes of freedom-loving nations, they must rededicate themselves to protecting human rights and fundamental freedoms.

“Today, we celebrate the universal rights outlined in the UDHR, and recommit ourselves to protecting and promoting these fundamental, universal, and essential freedoms.

“The United States will always remain a staunch supporter of those who strive for their unalienable rights and human dignity”,said Secretary Pompeo.

US will not Impose New Tariffs on Imported European Cars- Junker