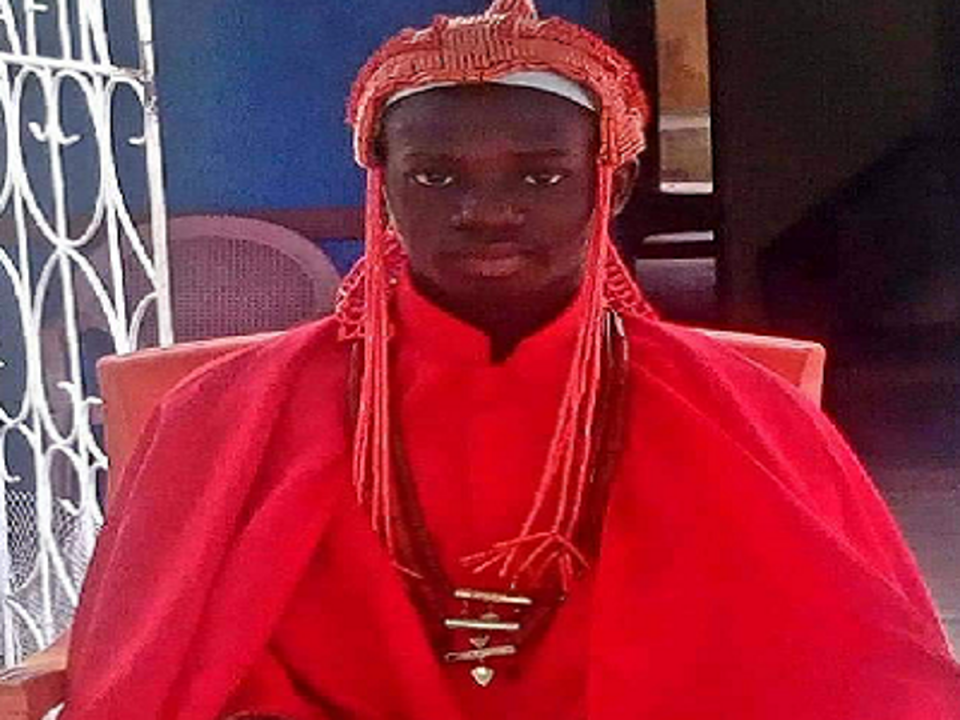 A 15-Year-Old eldest son of a monarch has emerged the crowned king in Ondo State.
Subsequently, the Executive Council of the state has approved the appointment of a 15-year-old Prince Oloyede Adeyeoba as the Arujale of Okeluse in Ose local government area of the state.
The 15-year-old is the only surviving son of the late king, according to sources.
The appointment was among the three ratified by the Executive Council presided over by Governor Oluwarotimi Akeredolu last Monday.
Also, approved was the appointment of Prince Ebenezer Adewunmi Ogunmolasuyi as the Olupenmen of Upenmen in Owo local government Area of Ondo State.
Briefing government house correspondents after the meeting, the Commissioner for Local Government and Chieftaincy Affairs, Lola Fagbemi, flanked by his Information counterpart, Donald Ojogo, said Ogunmolasuyi’s appointment followed an election conducted by kingmakers in the community.
Fagbemi said the ratification was arrived at after hours of deliberations by the Council.
The 47-year-old Mass Communication and Journalism graduate from the Nigeria Institute of Journalism, NIJ, emerged the town’s new monarch on September 10th, 2019 after polling all the five available votes from the kingmakers to beat his only challenger, Prince Olawole Folarin who had no vote.
READ ALSO: Osinbajo Coronavirus Test Negative
The election was supervised by Mr Segun Omojuwa, the Director of Local Government Administration in Owo local government.
Prince Ogunmolasuyi, an Associate Member of the Nigeria Institute of Public Relations, NIPR is from the Ayiwoye Akinola ruling house.
The Olupenmen stool became vacant in August 2017 after the demise of Oba (Rtd Col.) Samuel Ademulegun.
The third Prince whose selection was ratified is Prince Olorunsola Akinyelure as Odogbo of Ode Omi in Irele council area.

Sanwo – Olu Vows To Raise The Education Sector Budget Above 10%