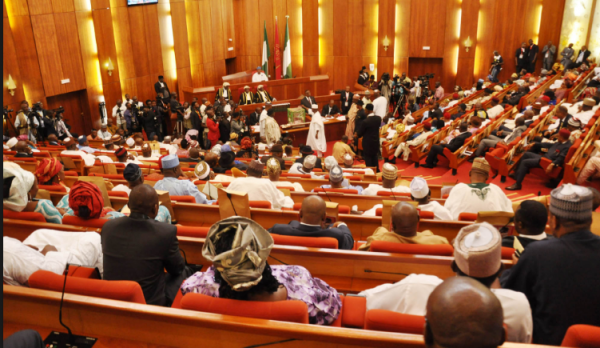 The Senate has said that it regretted that the thirty-six states governors of the country did not consult it before they called on the National Assembly to suspend the passage of the Control of Infectious Diseases Bill, 2020.

The Upper House bared its mind when the Chairman, Senate Committee on Media and Public Affairs, Senator Ajibola Basiru, in a message on his verified twitter handle @DrSRJ_ said the Governors have not formally communicated their request to the upper chamber.

Basiru said he “personally thinks” the Governors may engage their respective Senators on their concerns about the Bill who will then take it up on the floor of the Senate during the second reading of the Bill.

Recall that the Control of Infection Diseases Bill 2020 was sponsored by the Speaker, Femi Gbajabiamila which had passed both first and second reading in the House of Representatives.

The states’ chief executives called for the immediate suspension of the Bills after the 8th COVID-19 teleconference of the Nigeria Governors’ Forum (NGF).

The speed at which both the lower and the upper houses passed the first and the second reading, drew the attention of some lawmakers to call for a rereading of the content.

Thus, the public discovered that the contents of the Bill, if passed to law, will infringe on their human rights.

The governors also in a communiqué, expressed discomfort that they were not consulted by the National Assembly on the infectious diseases bill as the leaders of the anti-COVID efforts in their respective states.