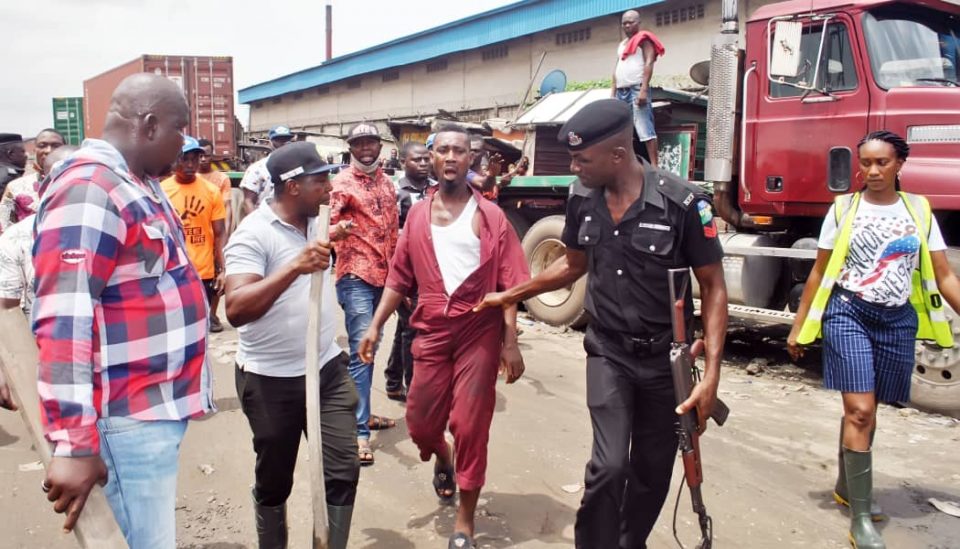 BY LEVI JOHNSON
The authorities of the Amuwo Odofin Local Government Area of Lagos State have issued a 21-Day ultimatum to owners of abandoned trucks and containers to speedily evacuates them.
It warned them to evacuate the trucks and containers from the roads r before 21 days or risk confiscation of their trucks and containers.
The riot act was handed down to the defaulters by the Amuwo Odofin Local Government in a statement issued to journalists yesterday.
The release reads in part: ” the attention of Engineer Dr Oluwaseyi Buraimoh Valentine- led administration has been drawn to the irredeemable damages done to the government roads in the local government as a result of the sharp practices of these operators, plying heavy haulage trucks on government roads and also abandoning containers on the roads which some hoodlums have converted to their abode.”
Recall that the Amuwo Odofin Local Government have prior to this time issued warning letters, directing these truck owners whose trucks had long been abandoned on government roads to be off the roads, which invariably, the intent of this press statement and further publications in Nigerian dailies, are binding on them and those involved in carrying out nefarious activities by seizing the advantage of the trucks and containers abandonment in the area.
Some unauthorised individuals have been fingered as not only agents of environmental and infrastructural decay but also as extortionists who have continued to swindle truck owners, motorists and residents, in the area out of some huge amount of monies over the years, by capitalising on the damaged roads within the area.
The affected roads on this ugly development include Apple Junction by Ago Palace Way,  Ijesha Lord Chosen by Denca road, Babangida road and First Rainbow road, all in Amuwo Odofin Industrial Estate.
READ ALSO: Embittered NANS Seeks Capital Punishment For Rapists
Similarly, truck owners at the Alowonle area of the Industrial Estate have been discovered to always indulge in constant off loadings of containers and have converted the area to containers terminal.
Security operatives attached to Unity Terminal and some companies in the area do park trucks belonging to their companies on government road, thereby preventing motorists, residents, other company owners and stakeholders in the Industrial Estate from accessing their properties and places of work.
Meanwhile, the Taskforce Department of the Amuwo Odofin Local Government has always cordoned off the area and discharged their duties in the affected areas with all sense of diligence by ensuring that the government roads are prevented from further damages and that the environment is both safe and hygienic for businesses to thrive in the areas.
The Amuwo Odofin Local Government strongly warns the defaulters and all shipping companies in the area such as The Lord is my Song, Classics Marine Services, Hiccee Terminal,  CMA, ARKAS, MAERSK Sealine, Zim, MSC, Hapalog, Cosco, MOL, PIL, Grimaldi, K-Line and Hamburg to evacuate their abandoned trucks and containers within the stipulated period or risk impoundment by the government.