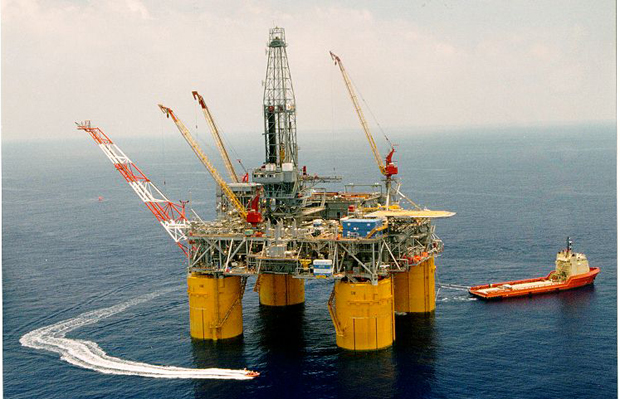 If nothing is done urgently, experts have said that African governments should be prepared to see a decline in revenues as exploration projects are put on hold and thousands of local jobs at risk.

While the short-term effects of Covid-19 on world economies are already being felt and put millions in a situation of economic distress, their long-term ones are yet to be fully grasped.

In sub-Saharan Africa, the impact will be felt even stronger because the pandemic is being combined with a historic crash in oil prices, putting pressure on state budgets and testing the resilience of the continent’s strongest energy companies.

The immediate effect of Covid-19 for the sector has been on the demand for crude oil, and on its prices. Most analysts and operators now agree that 2020 could see a negative demand growth for oil globally as industries shut down and countries around the world go on lockdown.

The effect on prices has been nothing short of devastating: they have reached their lowest levels since 1991 and currently stand at below $25 a barrel.

For Africa, this means an immediate pressure on state budgets and macro-economic stability.

All sub-Saharan Africa’s producers had budgeted 2020 with an oil benchmark well above $50, from $51 in Equatorial Guinea all the way up to $57 in Nigeria.

With predictions that oil prices won’t go anywhere above $30 for the rest of the year, most budgets need to be re-adjusted and public spending needs to be drastically cut.

According to the Atlantic Council, major African producers could expect multi-billion dollar losses in state revenues this year.

Congo-Brazzaville could take the hardest hit, with a loss representing 34% of its GPD, in a country where the debt-to-GDP ratio is already around 90%.

The same applies to Angola, where oil prices at $30 would generate a revenue loss of almost $13bn, or 13% of GDP. Equatorial Guinea, Gabon and Chad could see losses of almost 10% of GDP due to the ongoing crisis.

Nigeria finally would suffer the biggest loss with $15.4bn, still according to the Atlantic Council. While it would represent only 4% of its GDP, the impact on marginal producers and local jobs would potentially be devastating.

Newer producers would also suffer revenue losses: in Ghana, the Africa Centre for Energy Policy (ACEP) estimates a potential revenue loss of 53% down to $743 million instead of the $1.567bn the country expected to receive this year.

“Thousands of Africans and ex-pats are going to be laid off in oil-producing countries as companies shut down their drilling rigs and planned projects.

We need to face the reality as these times are unprecedented. The uncertainty is even more frustrating for oil companies and the workers.

Forgive me but there is blood on the streets, in the water and the air has the coronavirus,” said NJ Ayuk is Executive Chairman of the African Energy Chamber and Petroleum industry lobbyist.

“Petroleum-producing countries need to come together and work with the private sector in order to get us through the COVID 19 crisis and mitigate the economic fallout as much as possible.

When the US and Europe are talking about a recession, most African countries and the common man on the streets have likely already entered a depression,” added Ayuk.

The long-term effects that Covid-19 will have on the sector in Africa depends on what happens this year and in the following month.

Cuts in exploration spending and cancellation of drilling plans today could potentially mean years of delay in new discoveries, reserves replacement and new fields being brought on stream.

The biggest international oil companies operating in the continent are all cutting spending by an average of 20% globally, which is set to impact exploration and projects in Africa.

While ExxonMobil considers several reductions in spending, Shell has already announced a reduction of underlying operating costs by $3 to $4bn and a reduction of cash capital expenditure of $5bn.

Total’s organic Capex is being cut by more than $3 billion, representing 20% of its planned 2020 CAPEX. Chevron is also reducing capital and exploratory spending by 20%, including a $700 million cut in upstream projects and exploration.

These IOCs were expected to take major final investment decisions this year or in the near future on multi-billion dollar projects in Africa.

These include Shell’s Bonga South-West project, ExxonMobil’s Bosi, Owowo West and Uge-Orso projects, or Chevron’s Nsiko project regardless of how close each of these were to FID, they are very unlikely to get sanctioned this year.

Recent statements from independents are going in the same direction. Woodside Energy, for instance, is currently reviewing all options to preserve and enhance the value of its Sangomar Offshore Oil Project in Senegal, whose first oil was expected in 2023.

Beyond oil, natural gas and LNG projects are also already being delayed. ExxonMobil’s announcement that it would postpone the green-light on Mozambique’s multi-billion-dollar Rovuma LNG project is sending worrying signals for instance.

Similarly, BP and Kosmos are already working to defer the 2020 Tortue Phase 1 capital spending for their multi-billion dollar FLNG project in Mauritania and Senegal.

Together, Rovuma LNG and Greater Tortue Ahmeyim represent the biggest hopes Africa had to strengthen its position as a new global LNG export hub.

Delaying such projects will have significant consequences on forecasted economic growth in each country.

Finally, the long-term impact of Covid-19 is taking shape right now, as exploration programs are put on hold.

Meanwhile, most licensing rounds that were set to confirm Africa as a global exploration frontier this year will most likely not live up to expectations.

South Sudan, for instance, has already announced the suspension of its oil & gas licensing round this year.

While African nations grapple with the crisis brought by Covid-19 and the OPEC price war between Saudi Arabia and Russia, the initiatives they take today will determine the future of their oil & gas industries for years.

Local companies, be they producers or services providers, are at the frontline and need all the possible support they can get to avoid cutting jobs and survive the crisis.

As Shoreline Energy CEO Kola Karim recently phrased it, “when the elephants fight, it’s the smaller producers that suffer.”

Supporting these smaller producers and their local contractors should be a priority to preserve the long-term future and prosperity of Africa’s oil & gas sector.

RE: No project executed at UNIOSUN during Aregbesola’s tenure – ASUU Chairman