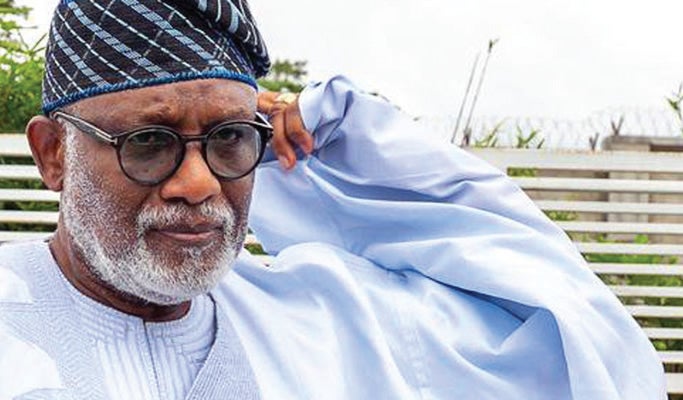 Akeredolu, Ondo State Governor has cancelled the Easter Sunday services he earlier granted churches across the state to hold it.

It said its decision was based on a second COVID-19 index case that emerged in the state on Friday.

The second case was said to be a male that works at the Murtala Mohammed Airport in Lagos State.

He was said to have stayed at Ijoka area, Akure after his arrival from Lagos until he was discovered on April 8.

Government sources said he was immediately quarantined and his samples were taken in which the result returned positive.

The source said his family members, including his mother and three siblings, have been quarantined while others are being traced.

Ondo Commissioner for Information and Orientation, Donald Ojogo, said the second COVID-19 case has reinforced the need to deepen the collective efforts to combat the COVID-19 pandemic.

According to him: “The Ondo State COVID-19 Response Team has reported that the second index case having travelled from Lagos to Ondo State must give the Government greater concern to avoid community transmission.

“Against the backdrop of the above, the Ondo State Government has directed the cancellation of the special concession granted Churches across the State to celebrate the Easter Sunday/Service.

“This decision was taken after due consultations with the leadership of the Christain Association of Nigeria(CAN).

“All measures and steps taken in respect of COVID-19 still remain in force. In particular, Government has taken further steps to effectively man the boundaries in the light of reported cases of compromise and breach of the directive to close all inter-state entry points into Ondo State.”