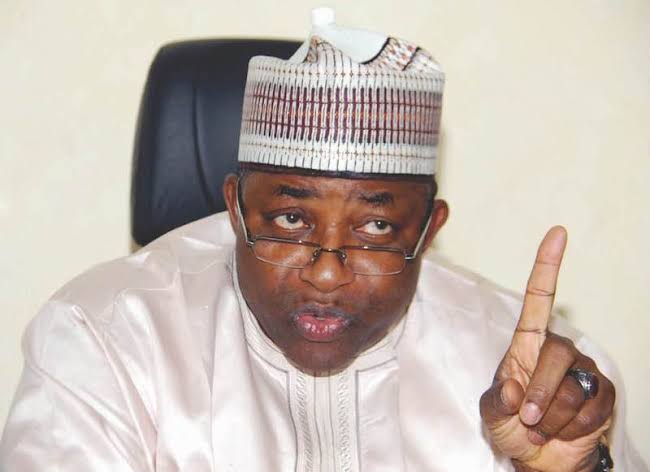 The Bauchi State chapter of All Progressives Congress (APC) has described the report of the State’s Funds and Assets Recovery Committee against former Gov. Mohammed Abubakar as baseless.

Mr Umar Mohammed, a former Commissioner for Housing in the state disclosed this during a news conference on Thursday at the APC National Secretariat in Abuja.

Mohammed who led former aides of Abubakar and some lawmakers at the state House of Assembly to Abuja on the issue said the falsehood put out by the committee would not go unchallenged.

“We are addressing you today to set records straight and to challenge the falsehood put out by the asset recovery committee. This falsehood would not go legally unchallenged,” he said.

He said that the allegations raised by the committee were either outright fabrications or exaggerations, adding that the former governor was never given opportunity to explain his own side of the story.

“Those conversant with political development in Bauchi state are aware that the ‘committee’ itself was peopled by certified political foes of the former governor, with rancid reputations.

“The Chairman, Sen. Isa Hamma Misau, is currently battling with sundry charges of corruption, self-enrichment and abuse of office levelled against him by the Independent Corrupt Practices and other related offences Commission (ICPC) when he held sway as Senator representing Bauchi Central between 2015 and 2019.

“This alone puts a dent and a big question mark on his integrity and that of the committee in discharging its responsibilities without witch-hunt.

“The road constructions, rehabilitations and supplies were subjected to rigorous due process,” he said

COVID-19 Relief Materials Yet To Reach indigents, Most Vulnerable In Lagos -NLC