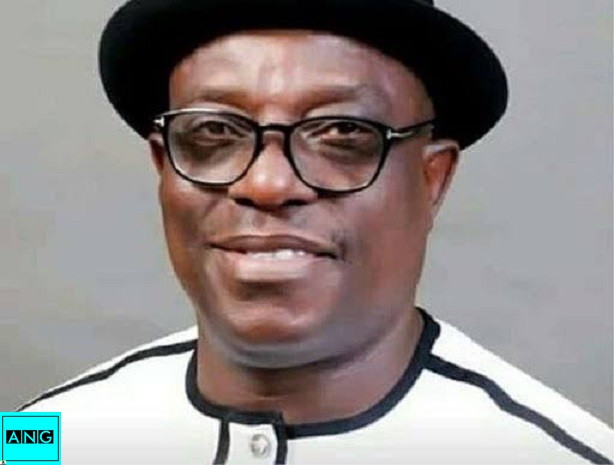 Mustapha dismissed the claims by some of his colleagues in the National Working Committee (NWC) that Giadom resigned.

He said the former Deputy National Secretary did not resign but was given a waiver to contest, adding he was also given a letter when he returned after the election to NWC.

He said: “These two letters are invalid. They are as useless as the paper there are written on because neither the chairman or the NWC has the power to grant waiver on such issue”.

He further said: “There is no such provision in our constitution. If the Chairman has given such letter, it is irrelevant and invalid.”

According to Mustapha, the embattled former deputy seecretary was on September 14, 2018 granted a waiver by the NWC in a letter signed by suspended National Chairman, Comrade Adams Oshiomhole.

The letter, addressed to him and signed by Oshiomhole as presented by Mustapha reads,: “Re: Application for waiver under Article 31 of the APC constitution.

“I am pleased to convey the decision of the NWC to unanimously approve your application for waiver under Article 31 of the Constitution of our party.

“By the decision of the NWC to grant your application for waiver, you can continue to discharge your official duties as the Deputy National Secretary while pursuing your political campaign activities.

“On behalf of NWC please accept our best wishes”.

The other letter that Mustapha said the party gave to Giadom was signed  by the Director of Administration, Abdullahi Yusuf Gashu’a on May 24, 2019 accepting Giadom’s resumption of office after the election.

The letter titled “Resumption of office as Acting National Secretary” reads: “I write to convey the resolution by the National Working Committee reached at its 37 regular meeting of 24 May, 2019 accepting your request to resume office following the conclusion of the 2019 general elections which you were granted waiver to contest as governorship running mate for Rivers State.

“Please accept the assurances of the members of the National Working Committee”.

When told that the party has replaced Giadom with Mr. Worgu Boms, the National Vice Chairman said such action has no place in law.

He vowed he will resist it same way he resisted attempts on the Publicity Secretary and the Organising Secretary.

“I know some of my colleagues will not be happy with this submission but this is how I am built. I will not be a party to any injustice irrespective of who it’s meted on.

“The same way I didn’t support the ousting of the National Organising Secretary and the Publicity Secretary, I will not accept that of Mr. Victor. We are all colleagues we should be more focused on reconciliation not baseless witch hunts.”

Reacting to Mustapha, Issa-Onilu said:” There is no such waiver our party’s constitution and 100 of such letters been brandished by Mustapha or Giadom cannot contradict our constitution.

“The two letters are invalid. They are as useless as the paper there are written on because neither the Chairman or the NWC has the power to grant waiver on such issue.

“The only circumstance that our constitution allows waiver is only when somebody wants to join the party and NWC thinks that such a person is bringing value and he has not spent up to one year in the party, we can grant waiver”.

On the letter purportedly issued when Giadom returned back, Issa-Onilu said: ” that letter is resting in illegality. You cannot build something on nothing. If that letter was issued it was in error and it cannot stand the test of our constitution.

“Somebody who has resigned cannot be asked to act in the capacity of acting National Secretary. Comrade Adams Oshiomole lacks such powers. All the letters put together are still not strong enough to invalidate the provisions of our constitution.”