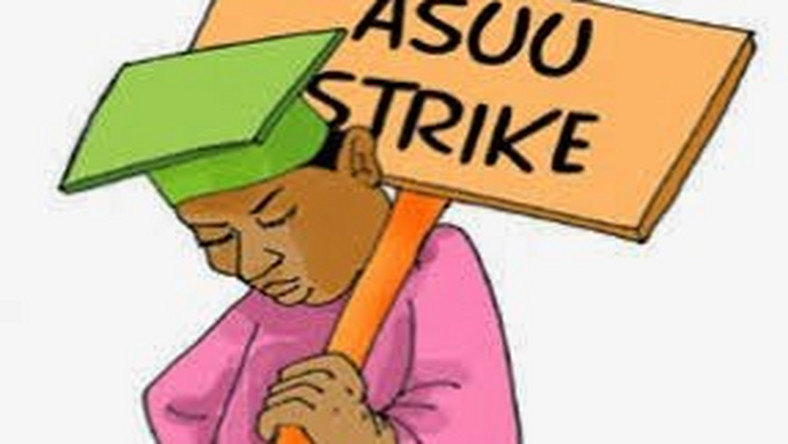 The Academic Staff Union of Universities (ASUU) on Thursday vowed to proceed on an indefinite strike over the Integrated Personnel Payroll System (IPPIS) dispute with the federal government.

Lecturers at a zonal conference in Ibadan described the Minister of Finance and the Accountant General of the Federation as ‘high priests of corruption’ over the alleged lopsided implementation of IPPIS.

The union also described Sonny Echonu, the Permanent Secretary Ministry of Education as a liar.

On IPPIS, they challenged him to tell Nigerians the percentage of lecturers, adding that he gave fake statistics of enrollees on the IPPIS.

According to ASUU, if cares not taken, the ongoing two-week warning strike could result in a prolonged strike.

Speaking at a joint conference in IbadanASUU zonal coordinator, Professor Ade Adejumo, said that the union has been vindicated with underpayment, overpayment, none deduction of the third party deductions, outright omissions, among many other anomalies which characterised the February salary paid to those who enrolled on the IPPIS platform.

He said: “Presently, the outcry emanating from university workers over the payment of February salary has vindicated ASUU’s position on the evil platform of IPPIS as an unworkable platform.

‘’To say the least, IPPIS is a haven for corruption rather than assisting in curbing it.”

Thousands Forced To Leave As Flooding Covers 17 Communities In Imo

Buhari Collaborates With States Governors To Deal With Rapists