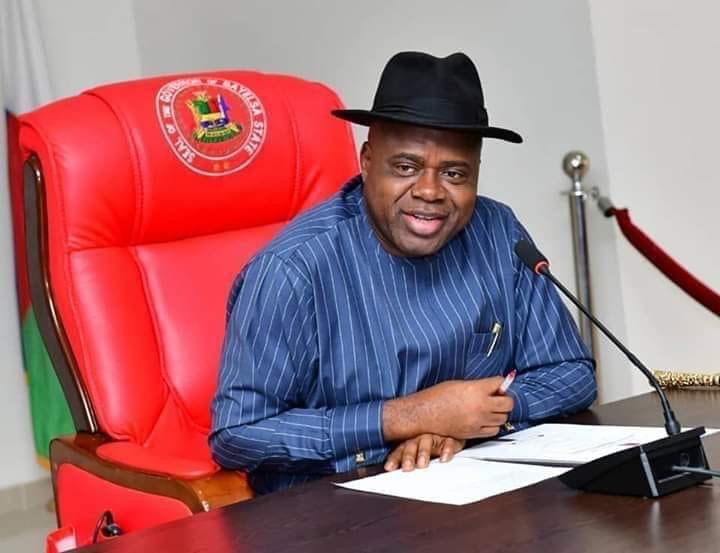 Governor of Bayelsa State, Douye Diri has on Thursday lifted the ban on funerals to decongest mortuaries in the state.

Diri had in an Executive Order aimed at containing the spread of the Coronavirus, outlawed social activities like marriages, burials and social gatherings.

Diri who announced the approval on Thursday during a meeting of the Bayelsa COVID-19 Task Force which he chaired, directed the mortuaries to get an undertaking from residents to comply with the COVID-19 protocols.

According to the governor, such burials must be conducted without attracting crowds and devoid of receptions, adding that those who insist on conducting burials the usual way should wait till the COVID-19 pandemic is over.

“The approval is subject to obtaining guarantees and undertaking from families willing to bury relatives to ensure strict compliance with protocols for COVID-19 prevention, avoiding the crowd and observing social distancing.

“Anyone who insists on conducting burials with overnight and daylight parties with ‘Owoigiri Dances’ should wait until the Coronovirus leaves us,” Diri said.

The News Agency of Nigeria (NAN) the approval was a sequel to requests by public medical institutions in the state to the government to avert a crisis situation.

Dr Alawode Kehinde, a Consultant Pathologist, Federal Medical Centre, Yenagoa had in an interview with NAN, appealed to the Bayelsa government to lift the restriction on burials as the mortuary was filled to capacity.

Kehinde said that the hospital had written to Gov. Diri to relax the restriction on burials to allow people to evacuate corpses.

According to him, if the request is granted, such burials will be done under strict compliance with social distancing and other COVID-19 prevention protocols.

He said that the morgue could no longer admit new corpses in the past week, reached its full capacity following the executive order restraining burials to check the spread of the Coronavirus in the state.

He also said that when heavy rains set in, it would be extremely difficult for burials given the swampy topography of the state.

Kehinde, however, allayed the fears of mass burial of corpses in the FMC Morgue, adding that the hospital was aware of the present circumstances faced by the people as a result of COVID-19.

He said for those who were supposed to have evacuated corpses but were unable to, due to the restraining order, might get a concessionary discount on the payable fee.

WHO Warns Against Wearing Mask While Exercising

US Evacuates 997 Nationals From Nigeria Over Coronavirus