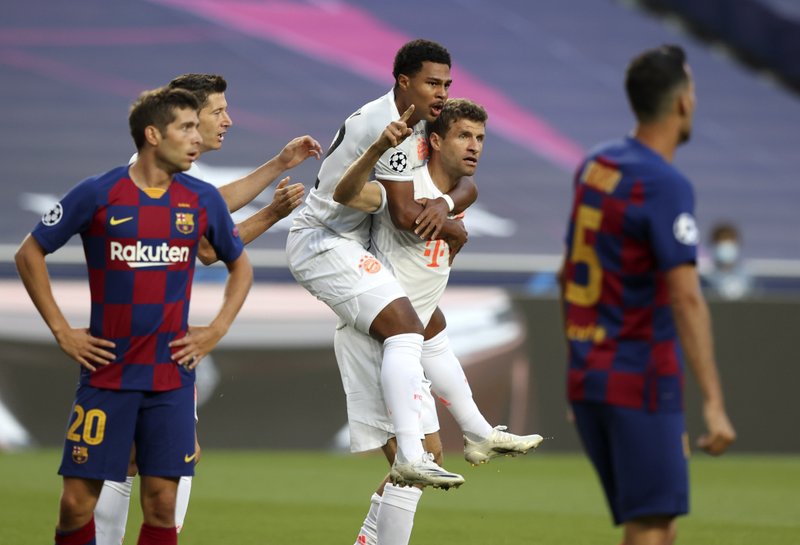 Bayern Munich are now just one match away from competing for the Champions League trophy following a decisive 8-2 win against a toothless Barcelona side in the quarterfinals. They will face off the winner of Manchester City and Lyon for that very opportunity.

Five of the eventual 10 goals scored in this match were put into the back of the net in the first half of what looked to be an exciting opening to this game. Thomas Muller netted one for his side early, and Barcelona was able to equalize thanks to an absolute howler of an own goal from David Alaba. But that was the last bit of brilliance in the first half that would favour the La Liga side. A collection of three goals from Bayern Munich quickly followed.

It didn’t get any better in the second half as Bayern seemed to just toy with their prey in the final 45 minutes. Though Luis Suarez was able to pull one back, the German squad responded with four more goals of their own to dig their opponents deeper and deeper into the ground.