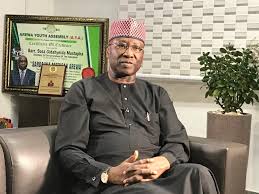 Residents of Abuja, Lagos and Ogun States are not sure whether President Muhammadu Buhari would extend the lockdown of the states after the first fourteen days of stay at home.

Abuja and Ogun State, after ten days of the stay at home lockdown of Lagos,  the Federal Government on Tuesday declined to confirm whether the restrictions will end after 14 days.

Muhammadu Buhari slammed the lockdown as part of the measures to halt the spread of coronavirus (COVID-19) in the country. The shutdown commenced on March 30.

Chairman of the Presidential Task Force (PTF) on COVID-19, Mr Boss Mustapha, said in Lagos that his panel would review the situation and give the President the advice that will enable him to take the decision on whether to terminate the restriction or extend it.

Many Nigerians are already breaching the sit-at-home order. Many vehicles are now back on the streets of Abuja and Lagos barely one week into the two-week period.

Mustapha said: “In his (Buhari) address to the nation, he did say 14 days in the first instance. So, it is open. It is based on what has happened within these 14 days. Have the objectives been met, have they satisfied the objectives, has it gone in the direction we wanted it to go?

“If that has been achieved, he will look at all the information available to him as the President of Nigeria and I can assure you that he will make a decision that is in the best interest of the people of Nigeria.”

He added: “It is only Buhari who can say that the lockdown will be extended or not. “Basically, this is part of the consultation; we are looking at the objectives that were set when the lockdown and quarantine declaration was signed by the President and subsequently by states (governors).

“Before the end of the week, we will do an evaluation and see how the objectives that were set are being met.

“We will have the responsibility of reporting back to Mr President who did say the declaration was on the advice of the minister of health and experts that informed his decision in signing the Quarantine Declaration 2020.

“At the end of our evaluation, our advice and recommendation will be presented to Mr. President and at that point, he and he alone can take that decision whether the lockdown would either be extended or it will stop at the expiration of 14 days.”

Mustapha led members of the PTF on a tour of COVID-19 facilities in Lagos State.

The SGF at the end of the inspection commended “the government of Lagos State for magnificently controlling the pandemic and for putting in place isolation centers, ICU facilities as well as establishing a wide network of contact tracing”.

He added: “The Commissioner for Health in Lagos State has also been serving as the chair of the Committee of experts set up by the Federal Government to evaluate and accredit private medical facilities and other centres for the management of COVID-19 cases.”

“So far, I think Lagos State is doing a great job. From what I’ve seen here, they’re putting up a first-class and a world-class facility that will help us in the management of those that are affected with COVID-19, the PTF chair said.

On the PTF team were Ministers Lai Muhammed (Information & Culture), Osagie Ehanire (Health), and Rauf Aregbesola (Interior Minister), among others.

The Katsina State Government last night announced the death of one Dr. Aminu Yakubu, a Daura-based private medical practitioner who recently returned from Lagos and died three days after in the state.

Governor Aminu Masari, while announcing the death of the first COVID-19 victim in the state, said the result from the laboratory tests showed that he was COVID -19 positive which contributed to his death.

According to the Governor, Dr Yakubu who is a native of Kogi State was also said to be suffering from Hypertitis and threats of hypertension.

The Governor further announced the commencement of contact tracing of all those the dead medical practitioner must have come into contact with from Lagos to Katsina between Tuesday and Wednesday morning, adding that full medical personnel have been deployed in Daura for the exercise.

He said, ”his samples were taken to NCDC for diagnosis where it was confirmed to be COVID-19 positive”.

“Our medical response team are in Daura right now for contact tracing of all that came into contact with him, we hope by this night and tomorrow morning to take complete samples of those he had contact with to the NCDC”.