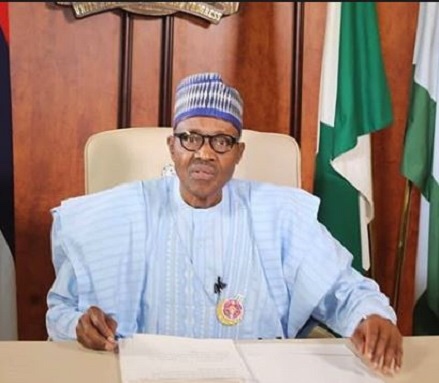 Full disclosure:  I was juggling the words in what was supposed to be the opening paragraph for this week’s column provisionally titled “Ina mai gaskiya?” when the news flashed across my laptop screen that President Muhammadu Buhari was to broadcast to the nation several hours later.

At last, I sighed, relieved.

Mai gaskiya — the Truthful One —is, of course, the name by which his adoring multitudes call the president.

Since the coronavirus took on the shape of an incipient pandemic, he had for all practical purposes been missing in action. Nor was he any more visible when the pestilence was thus officially certified, and it was no longer if but when it would land in Nigeria.

The question on the lips of Nigerians yearning for leadership – forthright, hands-on and reassuring leadership at a time of national uncertainty and threatening doom was:  Where is Buhari?  In the North, that enquiry translated into Ina mai gaskiya?

Where, indeed was the Truthful One?

Were lesser officials who issued statements from time to time speaking for him, or were they taking his name in vain?

When facts are unavailable, rumour will proliferate.  In the absence of facts concerning Buhari’s whereabouts and his condition, the rumour mill went into overdrive.  He could not address the nation, it was bruited, because a sudden ailment had rendered him permanently speechless.  Otherwise, they said, why would he not talk to the nation and rouse it to great endeavour in the face of imminent peril?

“We are at war,” French President Emmanuel Macron had declared forcefully at the earliest manifestation of the virus on French soil.  “Nous sommes en guerre,” he said over and over again March 16, while announcing a two-week lockdown in France to prevent the spread of the dreaded virus.

Never one to let a disaster go to waste, U.S. President Donald Trump, who had waived off the roaring menace as something that would wash off just as suddenly as it had appeared, declared himself a war-time leader two days later. Even he finally accepted that the coronavirus was for real.

But in Abuja, it was business usual – minus Buhari.  The Presidency was in lockdown, or so it seemed.

A picture of Buhari in media outlets with the Minister of Health Dr Osagie Ehanire and the Director-General of the Nigeria Centre for Disease Control, Dr Chikwe Ihekweazu in the foreground — the one to his left and the other to his right, separated by the length of a basketball in keeping with the distancing that has become the iron law of social relations in the age of the coronavirus, was hardly reassuring.

It could have been produced by anyone who has basic familiarity with the computer application programme PhotoShop.

In the circumstance, the best thing, it seemed, was to wait for the promised broadcast.

It was Muhammadu Buhari all right, not the spectral Jubril Al-Sudani whom the fugitive Biafran leader and his deluded followers claim is ruling Nigeria, the real Buhari having departed this realm long ago.  But don’t count on Kanu and his crowd ever emerging from their crazy world of alternative facts.

Buhari wasted no time in debunking the insinuation that he had been missing in action.

The moment it became clear that COVID-19 was metastasizing into an epidemic, he said in his televised address, the Administration, proactive as ever, had begun devising prevention, containment and curative measures in the event of the coronavirus hitting Nigeria.

Apparently, while they were kvetching and wallowing in fear and anxiety and grim foreboding, Presidential Task Force was already at work devising a National Response Strategy that was being reviewed on a daily basis.  Nor was that all; the government had been monitoring the situation closely and studying the various responses adopted by other nations.

People of little faith!  This is what you get when you do not trust your leaders and institutions even while they are striving mightily to save you from the dreaded coronavirus, hunger, poverty and insecurity.  It must be accounted a thing of joy that the authorities have never allowed and will never allow such ingratitude to stem their determination to take the country to The Next Level.

In his broadcast, Buhari dwelt on what was already well known about the coronavirus, its ominous arrival on Nigerian soil with 97 victims and one fatality at the last count, its lethal and as-now incurable nature, the standard precautions for reducing the risk of contracting it – precautions that cannot be repeated too often.

He announced a sharp curtailment of movement in Lagos and Abuja, and also in Ogun State because of its contiguity with Lagos, and perhaps more importantly because it was in the state that the first case of the coronavirus was detected in Nigeria.  He also announced sweeping restrictions for two weeks, apparently in the first instance, on inner-city and interstate travel to contain the spread of the disease.

Also, no movement over the same period of commercial passenger aircraft and private jets without special permit, which will be granted only under the most stringent terms consistent with the emergency.  Message:  those thinking of hopping into their private planes and chartered jets with their families and streaking across the south Atlantic for some exotic enclave in the Caribbean or South America that has been spared the ravages of the coronavirus:  perish the thought

No such escape will be allowed, gentlemen.  We are all in this together.  This being the only country we have, we must stay here and together salvage it.

Whatever happened to the speechwriters who composed those immortal and inspiring lines for Buhari’s maiden broadcast on assuming power following the military coup of 1993?  What became of the Buhari who had delivered them with such passion and conviction?

The verdict, I fear is going to be:  Too little too late.

To frazzled citizens who had felt abandoned and were fearful that they would be left out to their own devices in the face of the problems the coronavirus would pile on the existential issues they grapple with day after wrenching day, the President had words of comfort.

Supply lines for basic necessities would be kept open.  The pump price of gasoline had already been slashed.  Even with educational institutions closed, the school-feeding programme would be sustained.            A three-month moratorium on repayment of government loans would come into immediate effect.

In the face of the privations, Nigerians face daily, the 2.5 per cent increase in Value Added Tax allegedly mandated by ECOWAS was and remains a provocation.  This is the time to abolish it.

It remains to say that what runs through Buhari’s broadcast is a bureaucratic mindset, not a sociological spirit. It was not entirely lacking in empathy, but it hardly connected with the listener.  The personal pronoun that establishes a relationship between the speaker and each person in the audience figured infrequently and almost imperceptibly in the text.

That is not the way a father would talk with his beleaguered children gripped by fear and uncertainty.  It wasn’t exactly cold, but little in it could move the listener to believe that he or she could face the future with confidence.

The president’s speechwriters should have done better.  Given the unpredictable properties of the virus and its utter contempt for walls and deadlines, they will have an opportunity soon enough to help the president deliver the kind of speech that these challenging times demand.

Shut Down Will Not Affect Power Supply, EKEDC Vows