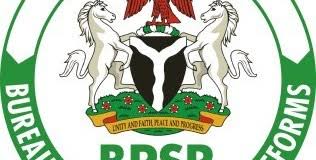 The Bureau of Public Service Reforms (BPSR) is set to conduct a survey on Treasury Single Account (TSA) to ascertain the awareness level of implementation constraints, successes and to come up with a policy to guide government.

Mr Dasuki Arabi, Director-General, BPSR, who made the announcement at a press conference on Thursday in Abuja, noted that one of the methodologies for the survey included one on one interviews.

According to him, another methodology for the survey are k administration of questionnaire and focus group discussions.

He said that the survey would be conducted in five states of Lagos,  Kano, Bayelsa, Enugu and Abuja. The News Agency of Nigeria (NAN) reports that  President Muhammadu Buhari signed Executive Order 005 on Friday, Feb. 2, 2018, for the development of local content in Science, Engineering and Technology.

He said among the objectives of the study are to gauge the effect on citizens, businesses and constraints in implementing the Executive Order 005.

He noted that the lessons drawn from the survey would serve as a basis for further policy dialogue and brief around the implementation.

He also said that it would ensure consolidation of government revenue through TSA facilities and cash management and as well curtail borrowing cost.

According to him, it will also ensure availability of funds for the execution of government policies, programmes and projects.

The Bureau Chief noted the scope of the study as targeted MDAs, businesses and citizens.

He said an expected policy brief will be drawn and will be submitted to the Government for further policy dialogue around the implementation.