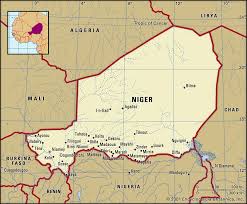 A Councillor in Katcha local government area of Niger state has disappeared with palliative grains meant for vulnerable households in his ward.

The Councillor is said to be nowhere to be seen after been given 30 bags of palliative grains which should have been distributed to people in his ward.

Thecheer gathered that the Councillor was part of the committee set up for the distribution of the grains for his community.

The Secretary to the Niger state government and Chairman of the Niger state COVID-19 taskforce, Alhaji Ahmed Ibrahim Matane confirmed the incident which he described as unfortunate.

Matane who expressed disappointment over the attitude of the Councillor lamented that the people of the constituency would have to suffer because of the greediness of their leader.

According to him, 10 bags each of rice, maize, and Millet was allocated to the 274 wards across the 25 Local Government Areas of the State by the State government to be shared by committees set up by the local government council.

“Committees have been set up in each of the 274 wards in the State, which comprises of the Councillor, Party Chairman, Ward Head, and a religious leader to monitor the distribution of the grains”.

The SSG further said that security agents are currently on the trail of the Councillor and he would be prosecuted once he is caught.

In a related development, the vulnerable homes in Lapai local government are set to receive relief materials by the Chairman of Lapai Local Government, Mu’azu Jantabo.

Jantabo had distributed 300 bags of rice to Councillors in the Council for onward distribution to the most vulnerable people across the council.

This, according to the Chairman, will be managed by the people until the council receives the palliatives from the state government.

Jantabo stressed the need for the people to bear with the local government council stating that it will try its best to ensure the lockdown period is bearable for them.

“The state government has also concluded arrangements to provide relief materials to the people through the Commissioner of Education, Hajiya Hannatu Jibrin Salihu and we are waiting for these relief materials.”

In order to reduce the crime rate during the period of the lockdown period, Jantabo gave 10 motorcycles to the vigilante group in the council adding that it will help them curb any security threat in the council.

” The essence of giving these motorcycle is to tackle the problems of mobility that is faced by the group. We want to prevent what happened during the communal clash between Dobogi, Ekkun and Kpada villages where security agencies could not make it there on time as a result of lack of mobility.”