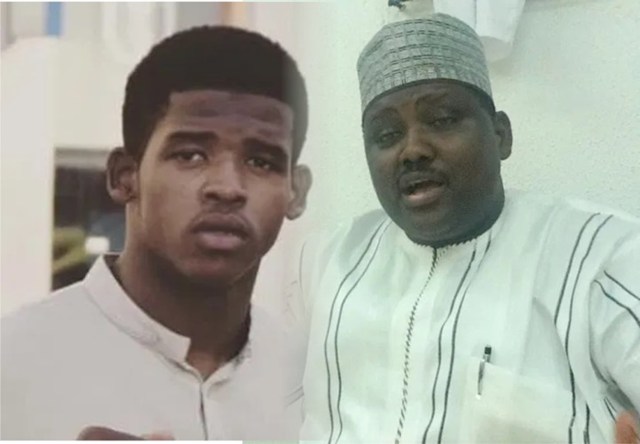 The Economic and Financial Crimes Commission (EFCC) has secured an order of the Federal Capital Territory High Court, Bwari, to detain former Chairman of the Pension Reform Task Team, Mr Abdulrasheed Maina, and his son, Faisal, in its custody pending the conclusion of ongoing investigation.

Maina and his 20-year-old son, Faisal The order which was given on Oct. 7, 2019, following an exparte application by the anti-graft agency, empowered the Commission to remand the defendants in its custody for an initial period of 14 days.

The court, however, noted that the order is “subject to be reviewed if necessary,” the commission said in a statement.

It would be recalled that Maina and his son were arrested in an Abuja hotel by the Department of State Services (DSS) following a request by the Commission.

They were subsequently handed to the EFCC for further investigation and prosecution on allegations of fraud and money laundering. (NAN)

Report Me If I Have Ever Demand Sex From You, Lecturer Tells Students