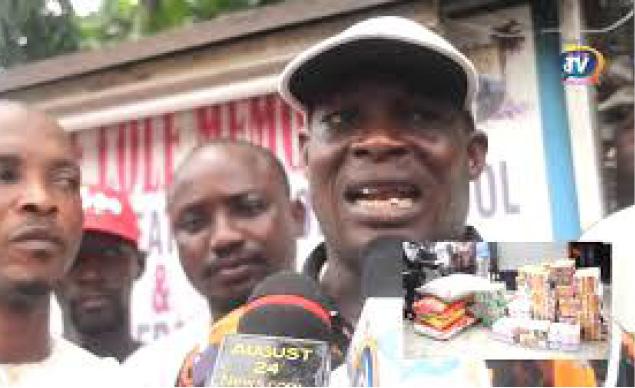 Yaba Chief Magistrate’s Court has on Monday ordered that Alhaji Azeez Adekunle Lawal, an executive of the National Union of Road Transport Workers (NURTW) in Lagos, known as “Kunle Poly”  be detained at Ikoyi pending for another 30 days.

Kunle Poly had been remanded at Zone 2 Headquarters of the Nigeria Police, Onikan-Lagos, for 30 days, over January unrest in Idumota, Lagos. However, at the expiration of his remand, Lawal had been granted bail.

But on Monday, the Yaba Chief Magistrate’s Court ordered that he should be detained at Ikoyi pending for another 30 days.

Lawal is being detained alongside one Adekanbi Wahab, aged 38.

Kunle Poly was charged with conspiracy to commit murder, murder and membership of an unlawful society.

Although the charges were read to the defendants, their pleas were not taken.

Balogun held that there was merit in the application.

The court adjourned the case until March 28 for mention.