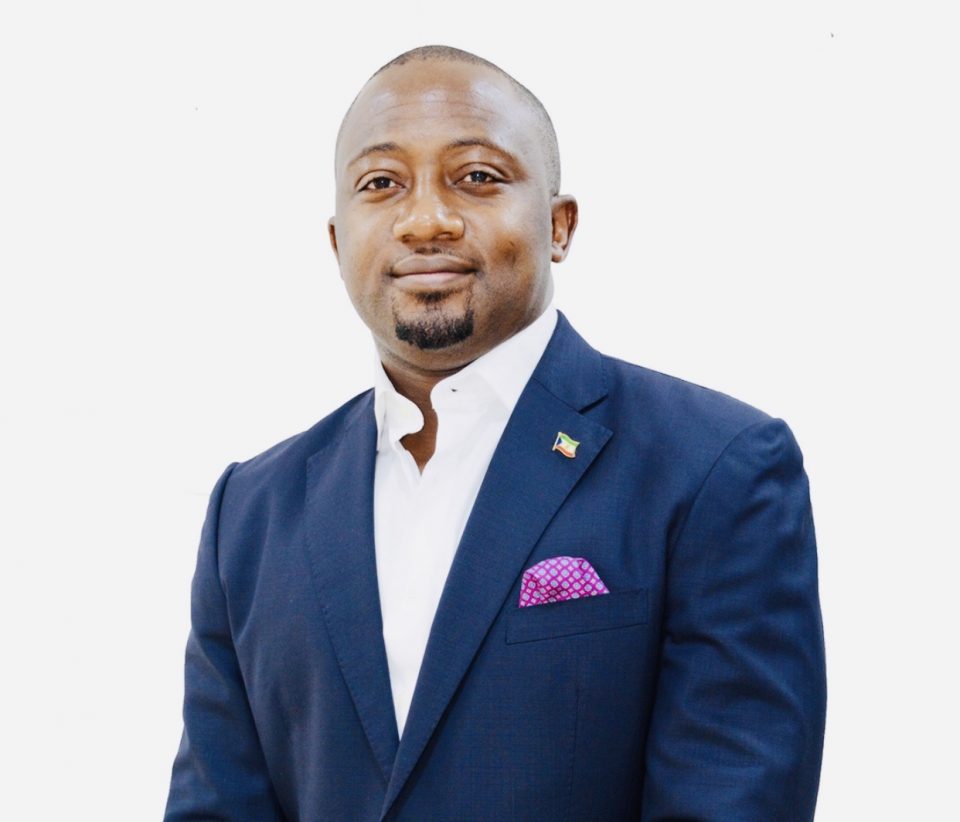 In Chinese, the word crisis is made up of two characters. One means danger and the other opportunity. Even though in the middle of a crisis one never sees opportunities, crises lead us to situations that we would never have anticipated and force us to make decisions that we would never have made otherwise. In such situations, developing Appreciative Intelligence is what allows us to see the opportunities that accompany a crisis.

A good example is the following story: in the 18th century, a Spanish ship arrived on the shores of Dundee, in Scotland, with a shipment of oranges. The ship’s captain offered to James Keiller the shipment of oranges and quickly reached a good deal. However, Keiller discovered that most of the oranges were overdone and had turned sour and that it would be impossible to sell them. Until then, oranges were only consumed in juice or fresh. But all of this was to change thanks to James Keiller’s Appreciative Intelligence.

Marmalade comes from “marmelo”, a Portuguese word that means quince, a fruit that in the 18th century was ideal for preparing preserves or making marmalades. Keiller put his Appreciative Intelligence to work, using oranges instead of quinces to prepare marmalade, and realized that the new jam had a very characteristic flavour. For all these reasons, he set up a company that changed the future of the Keiller family, dedicating himself to the business of what we know today as “bitter orange marmalade”.

Looking back on another historical example, we can quote the British economist John Maynard Keynes, who appeared before a committee of the British government. As the world was sinking into the Great Depression, he exhorted those who listened to him to overcome the narrow mentality of the bureaucracy and to look at the bigger picture. It was still six years before Keynes published his General Theory, but he already anticipated the sharp observations that he would later capture in his book: “We enter a vicious circle: we do nothing because we do not have money, but it is precise because we do nothing that we don’t have money,” he said.

Keynes wanted to save the market economy, and, in an era of communism and fascism, he was frightened by the political consequences of not doing so. His call to overcome narrow interests found no echo. Governments’ reaction to the Depression was ineffective. Nations indulged in competitive policies of national selfishness. And the catastrophe came.

However, Keynes’s ideas, arising from the opportunity imposed by the crisis, still influence today’s world events. He and other men of his generation created the multilateral system that still lasts and to which African countries in general and those of the CEMAC zone have to adhere without the slightest guarantee that their interests will necessarily be considered and evaluated at their fair value in this global chess game.

What Keynes and the others accomplished, even in the heat of World War II, was due to the combination of ideas backed by action. They helped create the post-war economic structure. They laid the foundations for the formation of the World Bank Group, the International Monetary Fund and what later became the World Trade Organization.

In times of deep crisis, people are more psychologically prepared to face and accept structural reforms and changes that their leaders propose to them for the operation and articulation of a new socio-economic structure. It is in this sense that the Covid19 crisis represents a historic opportunity for CEMAC countries to initiate deep structural reforms in their economic and social models. Reforms that in another historical context would be very difficult to undertake and implement in order to permanently align themselves with models that guarantee sustainable economic growth, prosperity and well-being of the people.

Today we should not shy away from the task of uniting ideas and actions. In a time when trust has been lost, we need facts that restore the faith of the public, private companies, civil society, foreign investors, etc … The governments and institutions of the CEMAC subregion are ready to tackle that challenge ahead of them. In the face of a crisis of the magnitude and implications such as that of Covid19, it is riskier, irresponsible and dangerous to do very little than to do much.

The CEMAC region is made up of 6 countries with an approximate population of 54 million people, and an economy dominated mainly by the oil sector, which represents 80% of exports and 75% of fiscal income according to World Bank and the IMF. It is one of the areas most exposed to fluctuating oil prices in international markets and will be the most affected economic zone by the Covid-19 crisis in the entire African continent due to the low integration and diversification of its economies.

In the Central African subregion, countries such as Gabon, Congo, Chad and Equatorial Guinea will be among the most affected in economic terms given the weight of oil exports in their total exports. In a scenario of $30/barrel, this represents a 50% reduction in oil export earnings caused by a contraction in demand and price, with its negative implications for states social programs.

The economic situation of the subregion described above requires a pragmatic and courageous analysis to undertake structural reforms that would allow it to emerge from the state of lethargy in which it finds itself. Despite the current situation of the oil industry, oil & gas will continue to be the locomotive of economic activity in the CEMAC sub-region. However, oil revenues should from now on be used under a new economic-financial paradigm, to fund the kind of economic diversification that would allow the creation of a regional business fabric capable of competing at the highest level with other companies from other economic poles.

The implementation of policies to diversify economic activity, in combination with a strong Local Content component within the oil sector through the implementation of downstream projects to maximize the local value of our resources hence become imperative. A strong, dynamic and innovative regional and indigenous oil industry with access to financing will act as a catalyst and drive that will allow other economic sectors to take off in all CEMAC countries. Local Content policies must go from being mere regulations and laws adopted by national parliaments, to actually being implemented and enforced without thereby jeopardizing the continuity of operations in the oil sector.

Accelerating the physical and commercial integration of the entire Central African subregion, especially that of CEMAC member states, must be prioritized by all economic and political actors. This must be done in favour of economic diversification and industrialization induced by more relaxed cross-border trade and taking advantage of the opportunities and synergies offered by digital transformation and regional integration promoted by the African Continental Free Trade Area (AfCFTA). Only in this context can oil sector consolidation become a true locomotive that would allow the resurgence of other economic sectors.

Central Africa cannot advance considerably with national and intraregional projects in its current state of low economic diversification. The institutions of the subregion must have the courage and the will to deepen economic and financial integration among all the countries of the economic pole through policies that promote the greater distribution of income, fiscal coordination and a common budget, in order to mitigate the “country risk” criteria when negotiating with international creditors or companies from other economic blocks for the financing and implementation of projects in the CEMAC region.

In this new stage of continental changes such as the implementation of the AfCFTA, Central African countries must dare to use expansionary monetary policies, including the quantitative easing that involves the injection of money into the productive ecosystem by governments and another stimulus, as short-term measures. These are only temporary measures to navigate the crisis. In the end, getting out of this vicious circle of external shocks vulnerability will require of CEMAC countries to invest in the fundamentals of diversifying their economies. Such investments must be made both horizontally through the increase in the number of products destined to exportation, and vertically to delve into the added value of goods and services. Therefore, governments must intervene to create the enabling environment for these changes to happen, improving the positions of CEMAC countries in the “Ease of Doing Bussines” index, instituting and monitoring local content policies with the aim of localizing the acquisitions of services, which in several cases represent 60% of the OPEX of the large companies that operate in the continent.

Governments should also facilitate the participation of small and medium-sized enterprises (SMEs) in local and regional value chains by dismantling tariff and non-tariff barriers and working towards and for real integration of CEMAC economies. These initiatives must have the private sector in the driving seat when designing them, to make sure that government bureaucracy does not derail the proposed objectives. The participation of local and regional companies in the redefinition of the economic architecture of the subregion towards the long-awaited economic diversification must be based on meritocracy and the competencies that these economic actors have.

It is utopian to speak of economic diversification of the CEMAC subregion in the absence of a solid banking and financial sector that lives up to the challenge and is capable of accompanying the transformation of the region’s economies. The BEAC and all financial institutions in the CEMAC subregion must review and redefine their role on how they are financing economic activity. The implementation and use of new technologies such as mobile banking platforms, mobile money and other technological innovations in the financial sector will allow and facilitate the creation of new SMEs. Banks have to abandon their comfort zone in which they have been acting until now and move to real banking activity that is none other than to properly finance economic activity and favour conditions in the financial market that allow sustainable economic growth.

We cannot get tired of repeating, emphasizing and advocating for economic diversification and industrialization in Central Africa, because if CEMAC countries do not address their structural problems now, the problems we face today will only get worse. That is the vicious circle of dependence on the sale of raw materials in the CEMAC area that the Covid19 crisis has exposed.

It will be up to us to turn this crisis into a historic opportunity that will allow us to definitively transform the economies of our subregion, harmonize and converge our economic and financial systems, and create a regional business fabric capable of competing in the international arena.

If we do not do so now, we may possibly have lost forever the train that leads to sustainable development.

Crisis, as our Chinese friends say, are accompanied by opportunities.

President for the CEMAC Region,

Biafra Will Get Independence In My Generation – Kanu