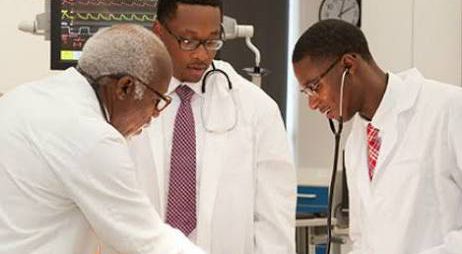 Federal Capital Territory medical doctors have vowed to proceed on strike June 1 in the peak of the deadly COVID-19 over what they described as the Federal Government failure to address irregularities in the Integrated Payroll and Personnel Information System (IPPIS) platform.

Those affected in the intending strike are doctors in the employment of the Federal Capital Territory.

They, however, gave the Federal Government the condition of putting things right on or before May 31to avoid the strike.

The workers affected include residents, consultants and other health workers across agencies, departments and 14 district hospitals in the FCT.

The health workers say four months since the FCT administration migrated onto the IPPIS platform, the system has been fraught with problems.

Others were late payment of salaries and failure to remit third-party deductions like union dues, capitations and cooperative deductions.

Imuetinyan Igbinovia, who signed the communique said: “These issues were made known to management prior to the migration into the Integrated Payroll and Personnel Information System,” the associations said in a communique after the associations of resident doctors, consultants and Joint Unions Action Committee met in Abuja.

“IPPIS payment platform commenced services since 2007and we expect that all these teething problems should have been corrected by now, but it is obvious that the platform is even worse with FCTA in comparison with other [ministries, departments and agencies].

” The associations had previously met with the FCTA management, with the permanent secretary Chinyaaka Ohaa admitted the management had knowledge of the lingering IPPIS issue and noting efforts were in place to sort them.

The health workers want the irregularities sorted by May 31, without which they will go on industrial action by June 1.

“This timeline is being given due to the appeal by the Permanent Secretary and the promise of the quick and final resolution of the contentious issues.

”Which are one, payment of actual/correct salary as at when due  and, two, implementation of third-party deductions as well as dues/capitations, levies and cooperative contributions.”