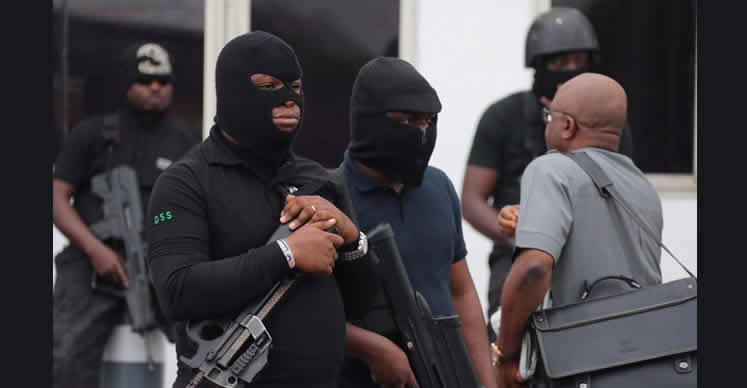 The Federal Government has taken the fight against contraband goods to homes, as the Department of Security Services (DSS), moves from house to house in Adamawa State seizing contraband items..

Items seized include 1,207 bags of foreign rice, 83 bags of sugar, 10 jerry cans of groundnut oil, and 58 bottles of energy drinks.

The seizures were a result of collaboration between the DSS and Central Bank of Nigeria (CBN) in their concerted effort to ensure the success of the Federal Government’s diversification of Nigeria’s economy from oil.

During a press briefing, the Adamawa State CBN branch controller in Yola, Mr Jatau Sadu, said: “The DSS raided some places and recover stockpiled in these houses four different items which are 1,207 bags of foreign rice, 10 jerry cans of groundnut oil, 58 bottles of energy drinks and 83 bags of sugar.

“We all know the efforts of the federal government in diversifying the economic base of the country especially from crude oil-dependent economy to a more comparatively advantageous resources in agriculture,” Jatau said, adding however that smugglers were hampering the successes, hence the new cooperation between the CBN and the DSS.

He noted that in view of Nigeria’s vast porous borders and the scant number of customs operatives to man them, the partnership with the DSS became imperative.

“So, when we partner with the DSS to find out the source where these products are coming from we were able to discover that these people circumvent conventional way of warehousing these products by even going to hire individual houses to store some of these products instead of the warehouse. So with their interaction with the public they got this information,” he said.

Jatau added that the DSS is planning to distribute the impounded food items to the IDPs camps, orphanages, organized almajiri houses, and religious organizations that have organized IDP camps

Presidency Disagrees With Malami On Why Sowore & Dasuki Were Released