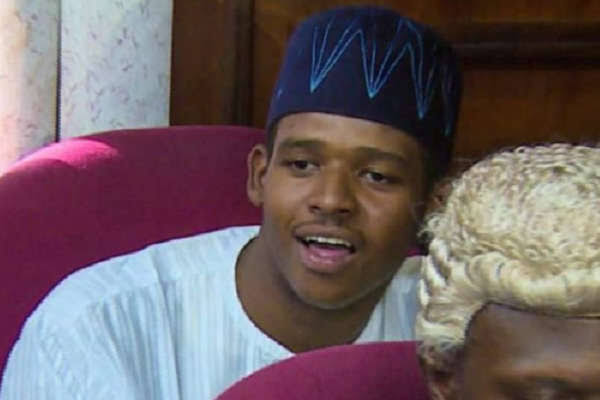 The trial of Abdurrasheed Maina, former chairman of Pension Reform Task Team and his son, Faisal, continued on Wednesday before Justice Okon Abang of the Federal High Court, Abuja with the first prosecution witness (PW1), Mairo Abdulahi Bashir, testifying on how both defendants made huge withdrawals, which he considered as unusual, from their accounts.

The judge adjourned his trial until November 29, 2019, for continuation of the cross-examination. The trial of Abdulrasheed Maina followed immediately with Justice Abang refusing an application for an adjournment of his trial on health grounds.

The trial judge turned down the application on the ground that it was defective as it did not follow due legal procedure.

Under cross-examination, prosecution witness, Bashir disclosed that a cash withdrawal was made in Maina’s account on February 8, 2015, in Dubia, United Arab Emirates through an ATM to the tune of $323,396.

This was captured in Exhibit B2, page three. He also revealed that on February 11, 2015, there was another ATM withdrawal carried out in Dubai to the tune of N183, 563,737.92 (One Hundred and Eighty-three Million, Five Hundred and Sixty-three Thousand, Seven Hundred and Thirty-seven Naira Ninety-two Kobo).

While disclosing that several individuals made deposits into Maina’s account, he said the chief among such people was one Alhaji Lawwali.

The witness further stated that though he was not a compliance officer of the bank, the deposits and withdrawals in Maina’s account, “were unusual.”

Justice Abang adjourned the matter also to November 29, 2019, for the continuation of the cross-examination.