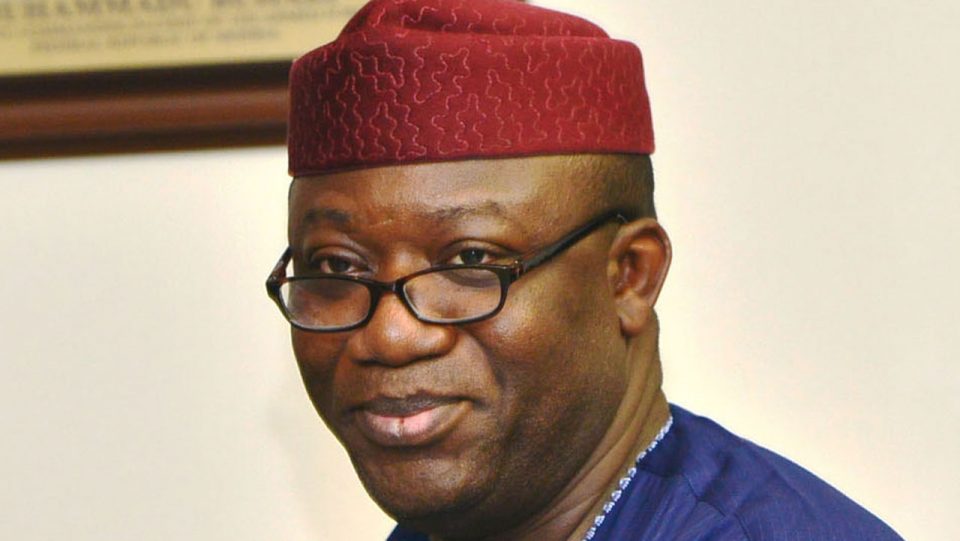 The Ekiti government has urged the leadership of the Christian Association of Nigeria (CAN) in the state to caution pastors against further contravening the COVID-19 regulations in the state.

The Attorney-General and Commissioner for Justice, Mr Wale Fapohunda, made the plea in Ado-Ekiti on Tuesday at a meeting with officials of CAN in the state.

” It is a matter of regret that no fewer than 10 pastors had so far been arrested and prosecuted for violating the Ekiti State COVID-19 regulations.

” We derive no joy in prosecuting representatives of faith-based groups,” he said.

The commissioner also urged Christian leaders in the state to support the state government’s effort in curbing the spread of COVID-19 through religious programmes that do not violate the regulations.

Fapohunda said that he called for the meeting with CAN to discuss additional measures taken jointly by the state government and CAN to enforce the COVID-19 regulations, specifically in relation to churches in the state.

” The Ministry of Justice is concerned about the increasing number of pastors that have been arrested over the past few days for violating the prohibition of gathering provision in the COVID-19 Regulations,” he said.

He maintained that any form of gathering in Ekiti State remained prohibited, except for gatherings in respect of funerals.

Attendance at a funeral, he added, must be limited to only 20 people while there should be no vigil or party.

He also said all safety measures including social distancing and wearing of masks must be strictly adhered to.

” This is the time when the state government needs prayers as well as a constructive partnership with churches and mosques specifically in the areas of message transmission as well as counselling our people to stay calm and keep faith during this trying period.

He appealed to CAN to do more in communicating with its members on the dangers of large gatherings during a pandemic.

“COVID-19 is contagious. One person can infect a whole congregation and endanger the lives of large communities,” he said.

In his response, the Chairman of Ekiti Chapter of CAN, Rev. Father Peter Olowolafe, assured the state government of CAN’s commitment to preventing the spread of COVID-19 in the state.

He said that CAN had been very proactive in communicating with its membership on the need to comply with the government’s directives on the prevention of the spread of COVID-19.

The CAN leader apologised for the conduct of the erring clerics, saying the association would intensify efforts to reach out to members through its internal communication mechanism as well as electronic media.

Seven ways to seriously cut back on iPhone data usage