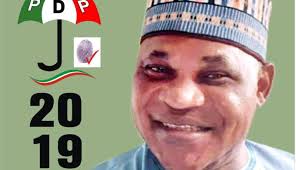 ENGR. Musa Wada has won the governorship candidate of the People’s Democratic Party (PDP) for the November election in Kogi State has won party primary.

Musa Wada, from Dekina Local Government Area of Kogi State is said to be former governor of the State, Captain Idris Wada’s younger brother and also an in-law to another former governor, Idris Ibrahim.

Sorting and counting of votes were concluded following the invasion of the venue on Wednesday by some gunmen who disrupted the congress.

Voting had ended and the sorting of votes was going on when the gunmen came to the venue at about 1:45 a.m. Wednesday and started shooting from different directions.

Votes in eight out of the 10 ballot boxes have already been sorted and counted before the disruption by the gunmen.

Following the disruption, the Governor Umar Fintiri led election panel called for a meeting of all aspirants where after a marathon session agreed that sorting and counting should continue.

Luckily for the party, all agents already have figures of votes from the first seven ballot boxes that were already counted before the disruption; also as the other three boxes yet sorted out were in the possession of Governor Fintiri panel.

Meanwhile, Engr. Musa Wada has expressed optimism that the state is set to experience a new lease of life if elected as governor in the November governorship election.

The PDP Governorship hopeful expressed gratitude to the Executives, members and delegates of the party for the overwhelming support that made him emerge victorious at the party’s governorship primaries.

The PDP governorship candidate in a statement described the election as keenly contested, described all the aspirants that contested with him as very qualified to be governor’s, but said by Providence, he emerged the party’s flag bearer.

Engr. Musa Wada thanked the other contestants for putting up a good fight, thanked them for accepting the result and for their sportsmanship, urged them to join hands with him in making the state a better place to live.

While promising to run an all-inclusive government if elected, the PDP governorship candidate called on all those who contested with him, the members of the party and all Kogites at home and in the diaspora to join hands with him in taking the state out of the woods.

Engr Wada described the current situation in Kogi state as unacceptable, lamented at the sufferings of the citizens, promised to offer quality leadership that would make the state the envy of all

Jang Did Not Follow the Due Process of Obtaining N2.079 Billion Loan- Witness