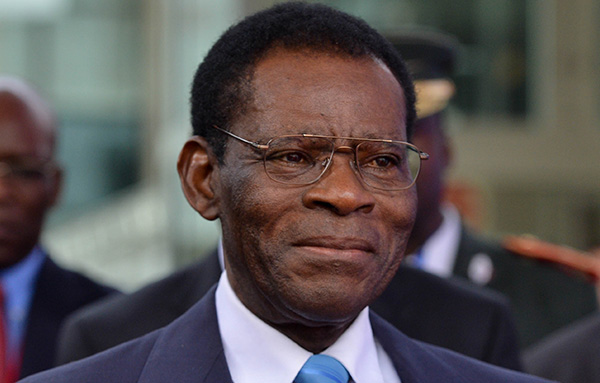 The Government of Equatorial Guinea has stated that it is obliged to take strict measures to mitigate the effects of a severe economic downturn and forestall political and social instability.

Speaking through a communiqué after the meeting of its Council of Ministers held on Friday, August 14, 2020, the Government of Equatorial Guinea said it will adopt precautionary measures given current economic and financial conditions deriving from the COVID-19 pandemic.

It said: ”To this end, the Government has decided to restructure its ministerial cabinet in order to accelerate the implementation of economic and structural measures currently underway.

Equatorial Guinea, like most countries in the world, is facing an unprecedented economic crisis, the extent of which is still unknown given the uncertainty about the evolution and duration of the pandemic. In fact, since March of this year, our economy has been severely hit by the double crisis, on the one hand, the appearance of COVID-19, and, on the other hand, the sharp fall in international oil prices, which, due to the strong dependence of the economy on the oil sector, has strongly impacted our economic and financial indicators. However, it is important to highlight that, despite the strong effects of the crisis; Equatorial Guinea continues to be a highly solvent economy with enormous potential for development and growth thanks to the significant stock of high-level economic and social infrastructures and new developments in the gas sector, as well as the prevailing political and social stability.

Despite the sharp fall in international oil prices in mid-2014, which sharply deteriorated macroeconomic and financial indicators, economic activity fell from a drop of more than 9% of GDP in 2015 to less than 6% of GDP in 2019, debt levels remain sustainable, at around 40% of GDP, well below the convergence criterion established by CEMAC; Similarly, public finances have been adjusting, with a reduction in the fiscal deficit of more than 10% of GDP between 2014 and 2019, thanks to the policy of rationalization and reorientation of public spending designed within the fiscal and macroeconomic framework recently endorsed with the signing of a financial Programme with the International Monetary Fund (IMF).

After the recent crisis, it is estimated that our Gross Domestic Product would fall by about 6% in 2020, compared to an initial forecast of a 1.6% drop. In a more pessimistic scenario, we would be talking about a fall in GDP of between 8.0 and 9.0 per cent, which although a significant deterioration would be well below the levels of many developed and developing economies that estimate negative double-digit growth rates.

The national financial system, which was the other major sector affected by the crisis, has the support of the Government to maintain its solvency and comply with the prudential standards of the Banking Supervision Commission (COBAC). Although the Government’s debt with construction companies, one of the main clients of the financial system, has increased the Banks’ non-performing loans, it is expected that, after the regularization of this debt with the issuance of Public Bonds, which is quite advanced, the Banks’ balance sheets will improve substantially, as well as their access to greater refinancing with the Central Bank.

On the other hand, the commitments of the Heads of State of CEMAC countries to strengthen the currency through financial support supported by the IMF are progressing in accordance with the agreements and thanks to this support Equatorial Guinea is guaranteed budgetary support to finance the 2020-2022 budgets, and the facility of extraordinary credits to attend to the pandemic.

We are convinced that the entire package of structural reforms aimed at restoring economic growth, industrialization and diversification of sources of growth, strengthening the financial system as a key driver of growth in the non-oil sector, improving the business climate and governance and combating corruption will help us to overcome the current crisis and achieve social inclusion and economic sustainability as outlined in our National Strategy for Sustainable and Inclusive Economic and Social Development, Equatorial Guinea 2035.

In the current situation, following the economic crisis, many countries are facing significant political and social pressures that further deepen the crisis. However, in Equatorial Guinea, thanks to the leadership of the President of the Republic, His Excellency Obiang NGUEMA MBASOGO, the measures taken in a timely manner to curb the pandemic and the economic incentives and support for the most vulnerable sectors and the business sector, we have a medium-term recovery plan that also has the oversight and support of international economic and financial institutions.”