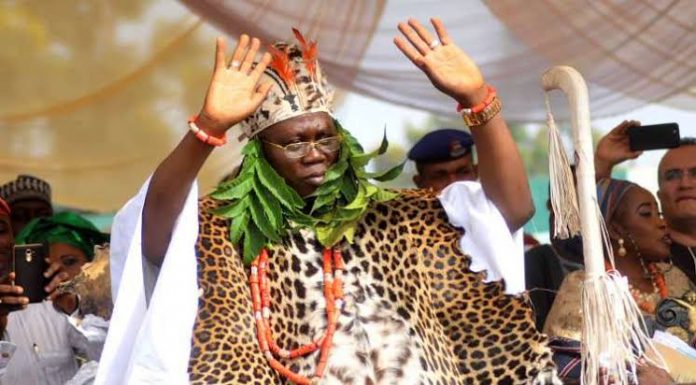 The Aare Ona Kankanfo of Yorubaland, Gani Adams has warned Fulani herdsmen that he is a warrior and can still roll out one million Yoruba people for battle.

Adams was speaking in Ibadan, Oyo State on Thursday at the convergence of Yoruba leaders to honour the memory and legacies of late Obafemi Awolowo at the book presentation of the Yoruba translation of his autobiography, titled: ‘Awo’ by Alaroye.

Lamenting the insecurity in the land, Adams said no Governor in South West should allocate any portion of land for cattle ranching or colony, saying Yoruba history would not forget and forgive anyone of them who did so.

“Our land is not available for Miyetti Allah, so they should find other place or other means of rearing their cattle. I am a warrior and I am not afraid and the Yorubas are not afraid of any tribes who are giving us problems.

“I am only waiting for approval from my Kings because they have the final say on this issue. I am not limiting this struggle to the South West only but to the States like Kogi and Kwara States where we have Yoruba society. We won’t allow insecurity to overwhelm us.

“We will not allow it to distract us from pursuing restructuring agenda. We should do whatever we have to do to deliver ourselves. I can still roll out one million Yoruba people.” he said