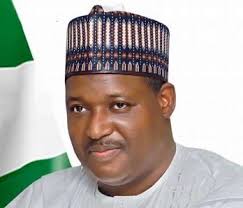 Dr Nasiru Sani Gwarzo, leader of the Ministerial Task Team on COVID-19 in Kano has said he never mentioned that the recent death deaths in Kano were caused by COVID-19.

Gwarzo, who on Tuesday denied ever saying COVID-19 killed many in Kano, said he was misquoted by journalists.

Reporters had reported Gwarzo on Monday as saying: “With the preliminary report, most of the deaths recorded of recent and test carried out indicated that Coronavirus is the cause.

However, on Tuesday in a press briefing said experts undertaking verbal autopsy for those involved in Kano “mysterious deaths,” were yet to conclude their assignment.

”It will be wrong for me to preempt the report of the medical experts,” he explained.

“Some of the national dailies reported a percentage of people that died of COVID-19 in the state, that is not true.

“The state is doing a verbal autopsy and the result is not out.

“I want to use this opportunity to reiterate that the newspaper reports were wrong and absolutely wrong.”

“It is not the responsibility of the Ministerial Task Team to announce the result of the findings, it is the state government’s responsibility to do so.”

Prohibited Goods with AK47 Worth N995.5 m Impounded by Customs