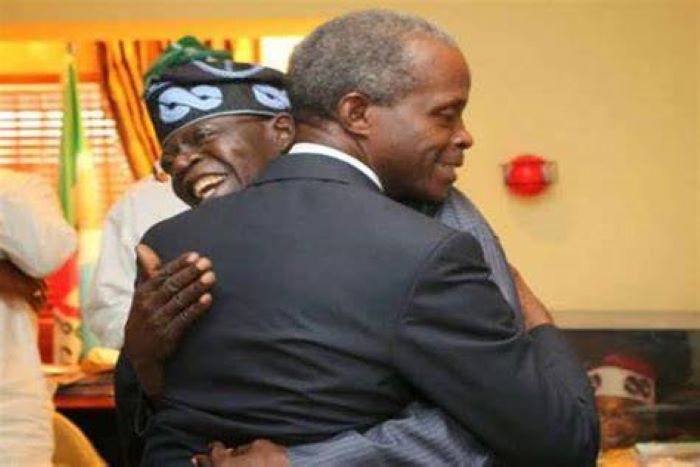 The ruling party stated this yesterday in Lagos State while declaring its support for the party’s national leader, Bola Tinubu, to contest for the 2023 presidential ticket, describing it as a welcome development.

Tinubu, who had on Monday met with President Muhammadu Buhari at the Villa in Abuja, declared his intention to run for the presidency in 2023.

While responding to newsmen after the meeting at the Villa, Tinubu said he was ready to pursue his ambition without the title of the “kingmaker.”

“That is the truth and I have never seen where it is written in the rule book anywhere in any country that a kingmaker cannot be a king – unless you commit murder,” he said.

The Lagos APC however, maintained that the declaration by the former Lagos State’s governor to run for president in 2023 is very exciting news.’

The Publicity Secretary of the party in the state, Seye Oladejo, disclosed this in an interview with Daily Trust.

“There will be no clash. It will be a family affair and I believe we will overcome it. So far, the VP has not declared his intention to run. Asiwaju only responded to the clarion call to run. He just didn’t stand on his own free will, so they are two different things.

“And generally, in Lagos APC, we see Asiwaju’s decision to run as an opportunity for all of us who are beneficiaries of Asiwaju’s goodwill and large-heartedness, including the VP, to pay back and appreciate Asiwaju for being such a man of honour and destiny helper for a whole lot of people,” he said.

Oladejo further said, “Those aspiring for the presidency are all members of the APC. They have the constitutional right to aspire and we need to give it to them. As a democrat, Asiwaju is not averse to other people’s aspirations within the rules and regulations.

“We know what is acceptable among different people, so to speak and I believe in the fullness of time, all issues surrounding aspirations and the rest of it will be resolved and everybody will join hands to make Asiwaju the next president of this great country.”

Surviving flooding in South Sudan: “We are suffering a lot”

Ndidi Has Been Rated Best Midfielder in EPL