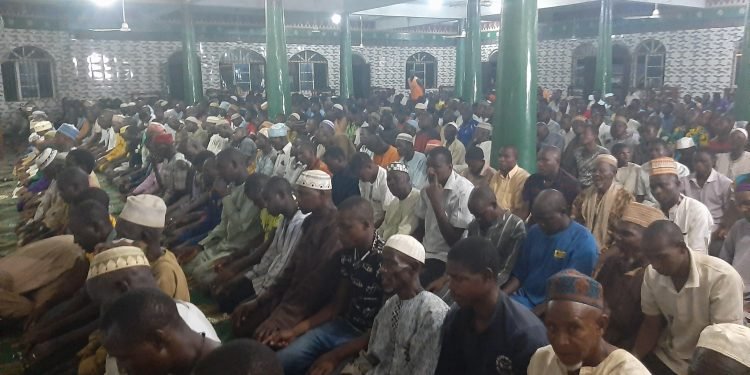 It was a lousy drama on Tuesday night at Agege as some worshippers at Agege Central Mosque (Hausa Community)  attacked a combined team of Lagos State Environmental Protection Agency, (LASEPA) and Lagos State Safety Commission.

The journalists and police officers at the scene also were not left out in the attack by the Hausa community at Agege.

The incident occurred on Tuesday night when the team went out for monitoring and enforcement.

The government team stopped to check if the worshippers were adhering to the directive of the Lagos state government on the reduction of crowd.

The congregation was observing Solatul Ishai (the last part of the five daily prayers).

The LASEPA team leader and two journalists went into the mosque pavilion.

They were surprised by getting to the prayer section. The big mosque, popularly known as Moshalashi Alhaja, was filled to the capacity.

After completion of the prayer, the LASEPA team leader requested to have an audience with the Chief Imam of the Mosque.

A leader in the mosque told him, the Chief Imam was not around.

While requesting for the next person in rank, some members of the congregation started shouting at him.

As some of the mosque’s leaders were trying to calm down, they became more aggressive and manhandled some of the team members.

The monitoring team retreated when some of the worshippers resorted to carrying some objects.

They chased the team and threw objects at their vehicles.

Fasawe described it as barbaric.

She stressed that the state will not hesitate to sanction violators to serve as a deterrent to others.

“It was obvious that the gathering did not comply with the directive of the state government. The mosque was filled to capacity.

“The essence of social distancing is to contain the spread of Coronavirus. The people are endangering their lives and those of their neighbours. The government has a duty to protecting the lives of the people,” she said.

She promised to ensure that appropriate quarters take up the matter, adding that such gathering must not be allowed to continue.

COVID-19: Over 600m children in countries not on academic break affected by school closures – Unicef

Buhari 2020: Why Nigerians Should Not Expect Positive Change – CUPP