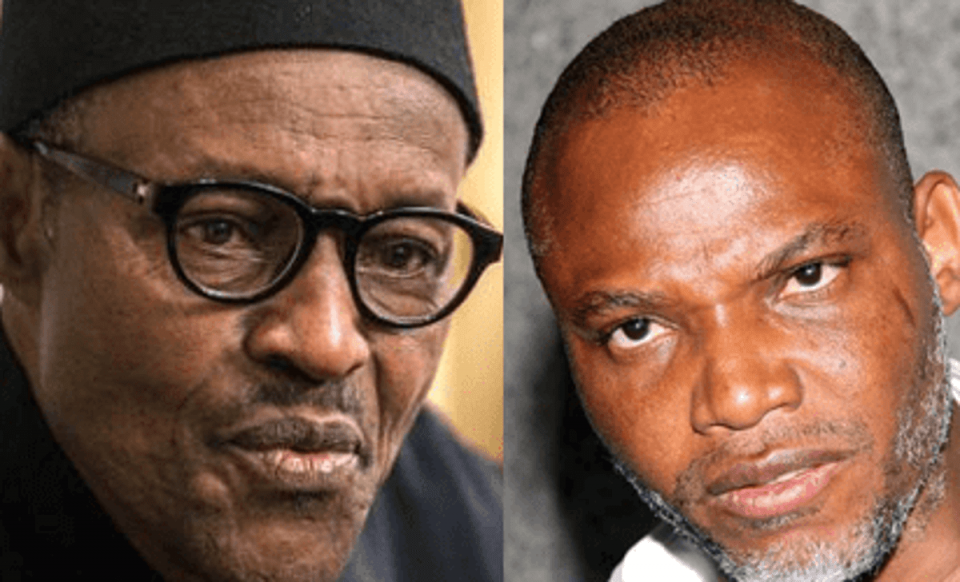 Indigenous People of Biafra, IPOB, Nnamdi Kanu, who was rearrested in the United Kingdom by Interpol and extradited to Nigeria on Sunday told the Federal High Court in Abuja on Tuesday that he flee Nigeria when it appears that his life was not safe.

Kanu told the court that he did not deliberately jump bail in 2017, adding that his disappearance was due to the unlawful invasion of his house by security agents, in an operation he said resulted in the death of many innocent people.

Kanu’s words: “My lord, my house was invaded and people were killed. I would have been killed too if I had not hidden. That was why I have been unable to attend court.

His statement prompted  Justice Nyako who asked him to get in touch with his lawyer to brief him about all that has transpired in the case in his absence.

Though the case was initially fixed for October 20, owing to FG’s application for accelerated hearing, the court brought the matter forward to July 26 for the continuation of the trial.

The court further directed the Prosecution to notify Kanu’s lawyer, even as it remanded him in the custody of the DSS.

Carbon teams up with Visa to enable payments across Africa

If you understand NGO Regulations Bill, you won’t allow its passage (VIDEO)