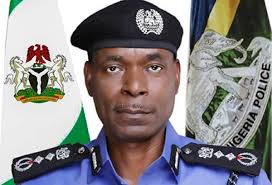 The Inspector-General of Police (IGP), Mr Mohammed Adamu has vowed to deal with anyone or group of people caught protesting in support of the   proscribed Islamic Movement in Nigeria (IMN).

Adamu stated this on Tuesday in Abuja at a conference organised by the Force Headquarters for senior police officers.

News Agency of Nigeria reports that the Federal Government, on Friday, obtained a court order proscribing the IMN after it branded it as a terrorist organisation. The IGP said the conference was organised to review the activities of the banned organisation and other security challenges in order to emplace appropriate measures to address them.

Adamu stressed that increasing engagement of terror tactics, violent and subversive activities of IMN contravened the Terrorism Prevention Act 2013, as amended. According to him, with the judicial pronouncement of the Federal High Court in Abuja, the Federal Government has classified them as a terrorist group and accordingly proscribed the El-Zakzaky-led IMN.
“In consequence, henceforth, any person engaged or associating, in any manner that could advance the activities of the proscribed Islamic Movement in Nigeria, shall be treated as a terrorist. “Such a person will be treated as an enemy of the State, and a subversive element and shall be brought to justice within the context of the Terrorism Act.
“The import of this is that all forms of procession or protest by IMN is now illegal and thus banned,” he said. He said that the police and other security agencies were fully committed to giving full effect to the judicial pronouncement in the interest of internal security and national cohesion.
The IGP solicited for the support of the public in the provision of information that would help in identifying locations of IMN members and their mentors. According to him, for the purpose of clarification, Nigeria is a secular State with constitution provisions guaranteeing the freedom to practice our faiths. He said that the constitutional provision must be exercised in a manner that would guarantee national security.
“All adherents of the Shiite Sect in Nigeria remain free to continue to practice their faith and shall be guaranteed adequate security to so do as the judicial order does not stop them. “The El-Zakzaky-led Shiite Islamic Movement in Nigeria which does not recognise nor accept the Constitution and Government of the Federation is the sole organisation that has been classified as a terrorist organisation and proscribed,” he added.