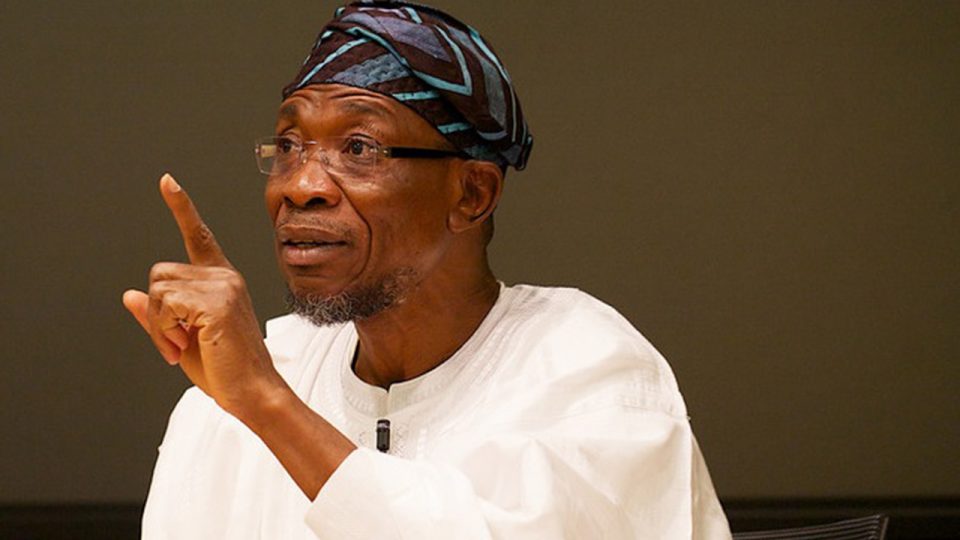 Immediate past governor of Osun State and present Minister of Interior, Mr Rauf Aregbesola has vowed to ensure that the incumbent governor of the State, Mr Adegboyega Oyetola would not return for a second term in office.

Apparently, both Mr Rauf Aregbesola and Mr Adegboyega Oyetola are from the same ruling political party, the All Progressive Congress (APC).

However, the issue on the ground revolves around who controls the state political structure between Rauf Aregbesola and Bola Ahmed Tinubu.

Thus, while Tinubu is trying to maintain the present status quo stronghold on the state APC structure through Governor Oyetola his nephew, Aregbesola is gathering momentum to break up the existing structure through his anointed godson, Alhaji Moshood Adeoti who is gunning for the governorship APC ticket in the primary slated for Saturday.

Aregbesola on Tuesday insisted that Governor Oyetola would not be allowed to be reelected on the platform of the All Progressive Congress (APC).

He, therefore, urged members of APC in the state to vote for his candidate, the former Secretary to the State Government, Alhaji Moshood Adeoti, during the primary election of the party on Saturday.

Aregbesola said he had stomached betrayal, hypocrisy and backstabbing from the people he was serving wholeheartedly, a comment some believe refers to the APC leader and former Governor of Lagos State, Bola Tinubu.

Aregbesola said he decided to take a new path when he realised that the person he was loyal to was out to destroy him and everything he stands for.

He urged members of the party to vote for Adeoti in the coming Saturday primary election of the party.

Leaders of the APC present at the event included the former speaker of Osun House of Assembly, Rt. Hon. Najeem Salaam and Chairman of the party in the state, Hon. Rasak Salinsile.

They also urged members of the party to ensure that Adeoti emerge victorious in the primary.

While speaking, Adeoti noted that Aregbesola resuscitated the progressive politics in Osun after the People Democratic Party had taken over the state in 2004.

Adeoti further said that Aregbesola does not deserve the humiliation and betrayal being experienced by Governor Adegboyega Oyetola and his followers.

“Everybody will agree that if not for Aregbesola’s doggedness, modern politics and collective efforts, the PDP would have remained in power till date.”

Speaking on the 2018 governorship primary of the party, Adeoti said Aregbesola was blindfolded by his loyalty to his boss to accept, promote and assiduously work for a wrong and unpopular candidate.

He said: “Aregbesola was committed and loyal to his master in Lagos. That was why he supported an unpopular candidate in 2018. We all knew then that Oyetola was a bad product but Aregbesola did not have a choice. He obeyed his master.

“Unfortunately, those people (Oyetola and his followers) have bit the finger that fed them. Aregbesola does not deserve being humiliated by anybody,” Adeoti said.