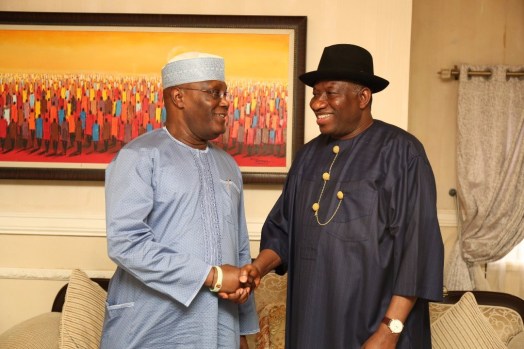 The presidential candidate of the Peoples Democratic Party (PDP) in the last general election, Atiku Abubakar, has congratulated ex-President of Nigeria, Goodluck Jonathan, as he marks his 62nd birthday on Wednesday.

In a Twitter post he personally signed, Atiku hailed Jonathan as “as an evergreen face of democracy, peace and freedom”.

“I wish you continued good health and wisdom.”

This comes amid accusations that Jonathan was used by the ruling All Progressives Congress (APC) against the PDP, in the just concluded governorship elections in Bayelsa state, where he hails from.