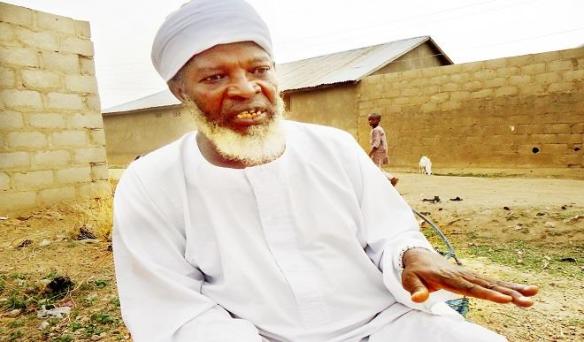 Kaduna State Government had on Friday, March 20, issued an order banning all sorts of gatherings including church and mosque prayers involving more than 50 people across the state to curb coronavirus spread.

The JIBWIS Chairman confirmed the sack on Friday but declined further comment on the issue.

He, however, directed that the Committee Chairman for five daily prayers of the Mosque, Alhaji Shehu Dan-Maikuli to speak on his behalf.

When contacted, Dan-Maikuli said there were many problems associated with whom he described as the sacked Imam, adding that such problems would only be summarised.

“When Sheik Usman Baban-Tune was alive he had to come in and settle some issues between the sacked Imam and the Mosque committee.

“After the resolution, it was agreed that the Imam should be organising monthly committee meeting to discuss problems and prospects of the Mosque but after that resolution, we spent over four years without single meeting.

“When this issue of coronavirus came, one day the Imam just stand up after leading Zuhur prayer and announced that as from today he suspend congregational prayers until the issue is over, by then I was not in the Mosque.

“When I came for Asr prayer only to be told that the Imam ordered for closure of the Mosque, I called him on phone to enquire and he said yes he had ordered that the Mosque be closed,” he said.

Dan-Maikuli said that the Imam neither consulted him being the Chairman of the Committee nor other members of the committee, saying that it was a personal decision of the Imam.

He said that they reported the case to the Chairman, JIBWIS, Zaria Local Government who promised to visit the Mosque on Thursday to personally remove the Imam.

“Incidentally, the Chairman came on Wednesday and led Isha (night) prayer and thereafter announced the sack of Malam Abubakar Aminu and replaced him with Malam Ahmad Tijjani as the new Imam,” he said.

On his part, the sacked Imam said he had been leading the five daily prayers at the Mosque for a very long period of time.

He said: “when this case of coronavirus pandemic surfaced in Nigeria, after a while, Kaduna State Government declared that henceforth Jaumat prayer is banned and any gathering above 50 people should be suspended.

“Our Mosque usually witness a very large crowd of worshippers, as such we have to comply with the directives given by Gov. Nasiru el-Rufa’i to avoid spread of the disease.

According to him, two days later, he learnt that some people reported him to Sheik Sani Yakubu, who directed that congregational prayers should continue in the same Mosque.

Sarki-Aminu said: “My deputy Imam called me on phone that Sheik Sani Yakuba ordered that we should continue with the congregational prayers, that I should come out for Subhi (dawn) prayer.

“I replied him that, if the chairman wants me to continue with the congregational prayers, let him formally write to me so that I will be convinced that his order supersedes that of government.

“I waited without anything to that effect, later I leant that the chairman came and lead a congregational Isha’i prayer and announce my removal and replaced me with Malam Ahmad Tijjani with two deputies who already are my deputies.”

On allegation that he did not consult the Mosque committee before the closure, Sarki-Aminu observed that whenever government gives directives “then who else will give a counter-directive?

“In an ideal situation, Imam is the leader of the Mosque, the committee did not enquire from me but they decided to go straight to Sheik Sani Yakubu and he used his power and reopened the Mosque and subsequently announced my removal.”

On laxity in convening monthly committee meeting, Sarki-Aminu described it as an attempt to shift the attention of people on the current happening, adding that such issues were never in anyway relevant to present happening.

Coronavirus: What to Do When it First Visits a Country