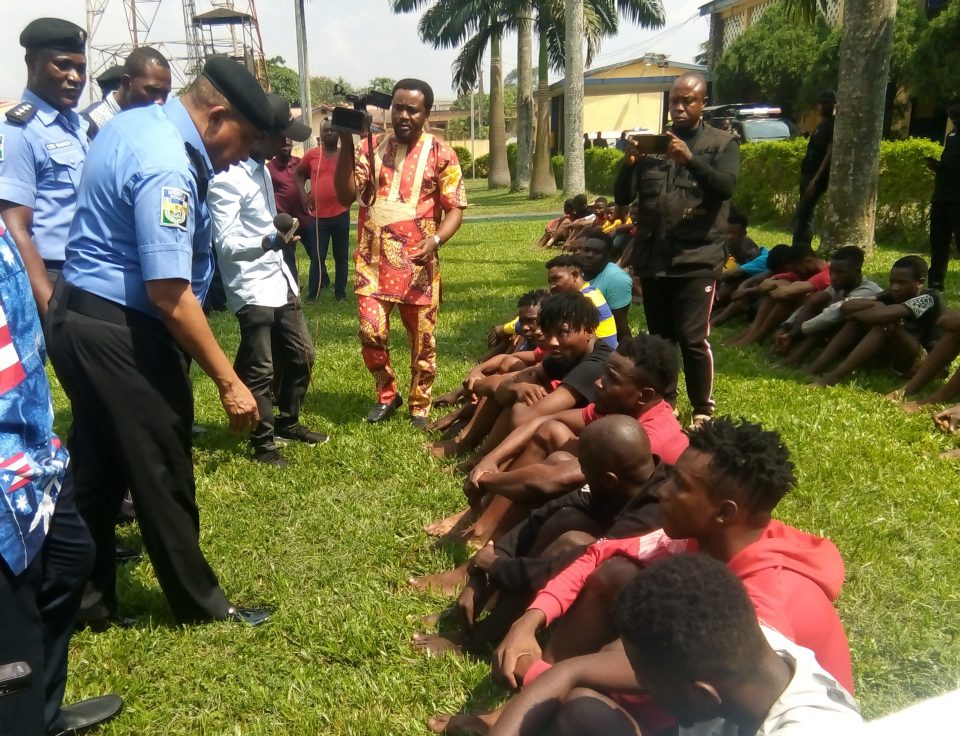 The suspects have paraded along with fifty other suspected criminals who were arrested for various crimes in the state.

Parading the suspects, the state police commissioner, Johson Babatunde Kokumo, said the suspects were arrested in various part of the state for armed robbery, murder, cultism, kidnapping among others.

Giving the breakdown, Kokumo said seven were arrested for alleged robbery, seven for kidnapping, five for murder, 36 for cultism.

He said the suspects have confessed to the crimes and would be charged to court soon. In an interview with journalists shortly after their parade, Osasu, the leader of the group, described the killing as a mistake, saying they didn’t know he was a Barrister.

He said the Barrister was killed during a fight. He explained that his friend wanted to dump the corpse in a nearby river but on their way, they sighted police on the road, which forced them to turn back and bury the corpse in the bush.

Osasu said they didn’t intend to kill the Barrister hence, he reported himself to the police.

Daily Trust reports that Osobase attempted to settle an argument between the Priest’s children with another fellow, but he was beaten to a pulp and taken away to an unknown destination since May 9