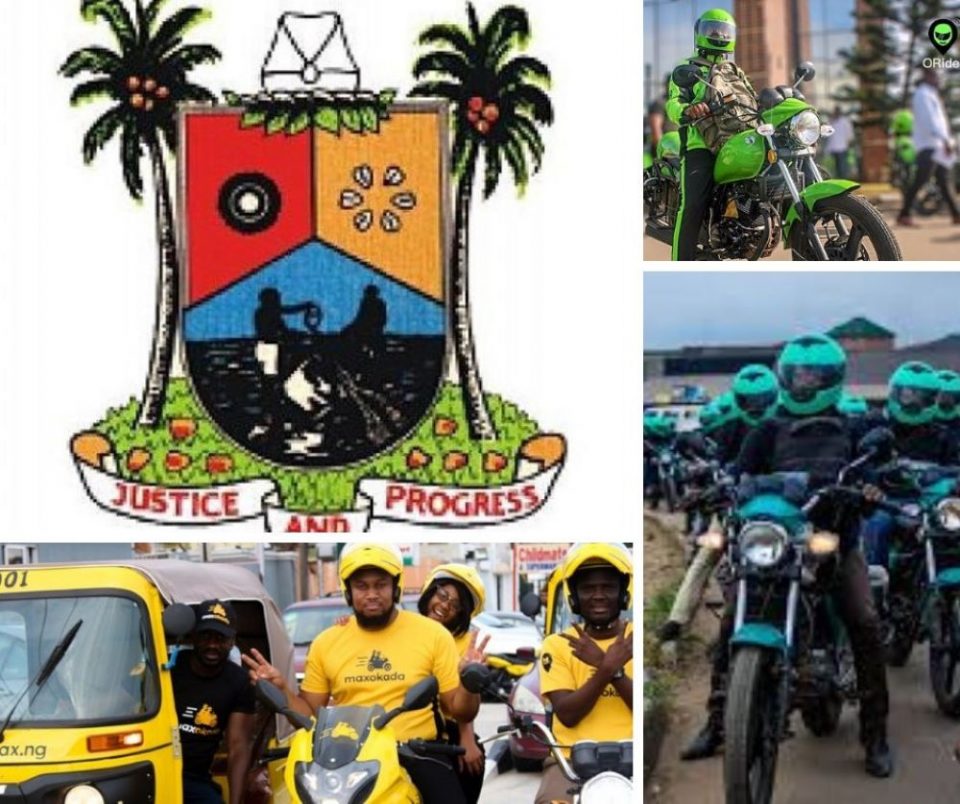 To replace banned okada and tricycle Lagos State Government will from July now introduce what it describes as First Mile and Last Mile (FMLM) mobility solution.OKADAOo

Transportation Commissioner Frederick Oladeinde, speaking yesterday at the 2020 ministerial press briefing at the JJT Park, Alausa, Ikeja, said: “Following the restriction of motorcycles and tricycles for commuter operations in some areas in the metropolis, the government is working on implementing a First Mile and Last Mile (FMLM) mobility solution.”

He explained that Okada and tricycle are not part of the state’s transport architecture, adding that they are constituting nuisance on the roads and responsible for the high rate of accidents and crimes.

“We have identified 285 last-mile routes within the seven bus reform initiative zones across Lagos.

We have developed bus specifications and shared the same with potential bus manufacturers. We expect these to be rolled out in the next two months,” Oladeinde said.’

Lagos State Government has inaugurated 37 roads and carried out repairs and rehabilitation of more than 354 others.

It said that ongoing and uncompleted projects inherited from past administrations would be completed to improve the living standard of Lagosians.

The Special Adviser to the Governor on Works and Infrastructures, Aramide Adeyoye, who spoke yesterday at the 2020 ministerial press briefing at the JJT Park, Alausa, Ikeja said that one of the major projects inherited by the administration, which would be completed, was the Agege Pen Cinema flyover bridge designed to reduce travel time for residents of Ifako-Ijaiye, Agege and Alimosho local governments.

She said the Governor Babajide Sanwo-Olu administration will make the 4th Mainland Bridge a reality, adding that the administration plans to expand the Agege-Berger Road to reduce travel time.

I Maintain My Innocence On Allegation, Remains AfDB President – Adesina