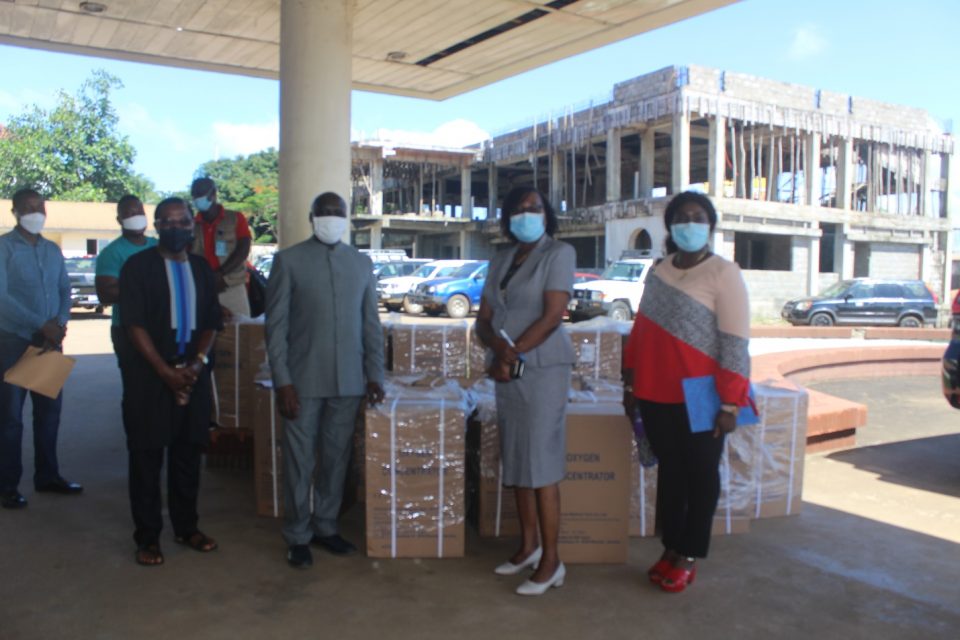 Minister of Foreign Affairs and International Cooperation of Liberia, Ambassador Dee-Maxwell Saah Kemaya, and delegation have called on His Excellency President Dr Julius Maada Bio to update him on Mano River Union, MRU and engagement with the military leadership of the Republic of Guinea.

Ambassador Kemaya thanked President Bio for being the first leader within the MRU to visit and engage with the interim government of the Republic of Guinea, saying that the action was timely and brotherly.

After a successful meeting, we agreed and urged the President to start the process of returning the country to civilian rule

He further said that the MRU had met with Col Mamady Doumbouya, Interim President of Guinea and leader of the National Committee for Reconciliation and Development, CNRD, to urge them to expedite the process of returning the country to civilian and democratic rule for the betterment of the region and for peace and integration.

He added that pursuant to the mandate of the leaders of the Republic of Côte d’Ivoire, Sierra Leone and Liberia and as enshrined in the communique that came out of the MRU diplomatic, peace, security and democracy conference held in Monrovia in November of 2021, they wanted to urge the CNRD to complement the role of ECOWAS and the African Union for the transition agenda and peace process in Guinea.

“We were well received by the Interim President Colonel Mamady Doumbouya. After a successful meeting, we agreed and urged the President to start the process of returning the country to civilian rule. He assured that they were in line with the leadership of the MRU to return Guinea to constitutionality and that they looked forward to MRU helping with the plan,” he noted.

In a brief remark, His Excellency President Julius Maada Bio thanked Ambassador Kemaya for leading the delegation to Guinea, adding that it was the business of leaders of the subregion and the MRU to ensure peace and security.

“The subregion’s effort, led by you, is a laudable one. So, I want to thank you for taking this bold step. We hope that the bigger international organisations, including ECOWAS, can provide knowledge and more information to help our brothers to return to democratic constitutional rule. Thank you for making the trip and coming back to report,” he concluded.