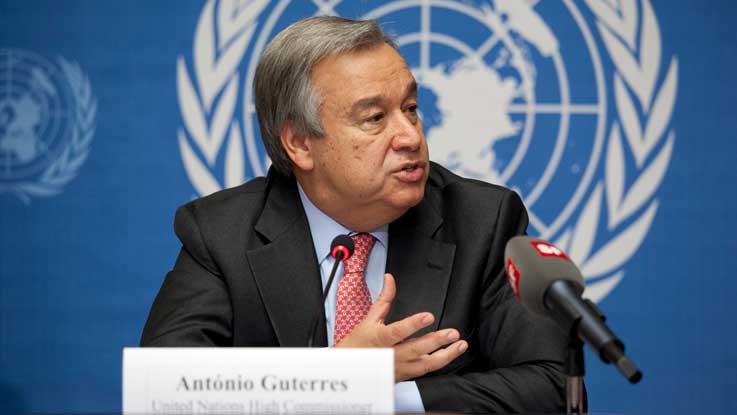 Local elections in the Central African Republic (CAR), which have been pending since 1988 and are slated for September, will deepen efforts to decentralize power and expand political space, the UN envoy for the country told the Security Council on Tuesday, encouraging the new Government to “deploy all possible efforts” to calm the political climate.

In some parts of the territory, military operations are underway against armed groups, notably the Coalition of Patriots for Change, he said.

In turn, these militias are carrying out reprisals against both the national security forces and the population.

While noting progress in terms of regaining control of territory previously occupied by armed groups, Mr Ndiaye, in his final briefing to the Council, denounced violations of human rights and international humanitarian law continue to be committed by all parties to the conflict.

In some parts of the territory, military operations are underway against armed groups, notably the Coalition of Patriots for Change

These include the excessive use of force targeting certain communities, gender-based sexual violence and the recruitment, abuse, and use of children by armed groups.

Against that backdrop, the MINUSCA chief urged Central African authorities to conduct the necessary investigations, prosecute the perpetrators and bring justice to the victims.

The UN official went on to outline positive steps towards restoring peace and stability, following the adoption of CAR’s Joint Road Map for Peace on 16 October, including a visit to Bangui on 14 January by representatives of the International Conference on the Great Lakes Region.

He called on the Government to demonstrate more commitment to stay the course, including through the adoption of follow-up mechanisms and a clear timeline.

Touching on MINUSCA’s proactive role in facilitating the peace process – such as by helping to loosen the political deadlock and restore a climate of trust, which has resulted in the return of the democratic opposition to the Committee organizing national dialogues – he stressed that the process should be revitalized through the complementary role played by the 2019 Khartoum Accord and the more recently adopted Joint Road Map.