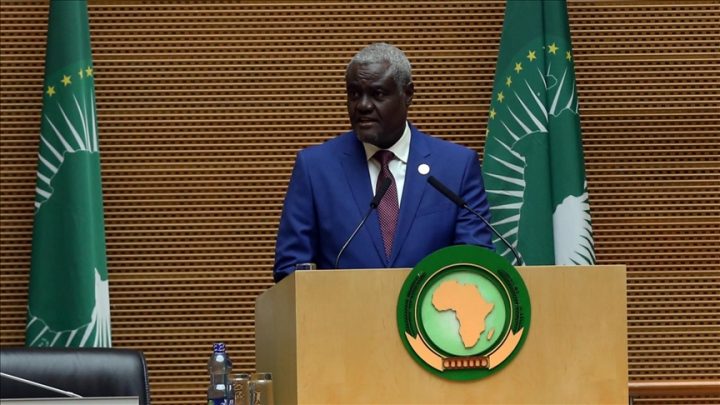 Morocco’s unwavering stance regarding the Palestinian cause was reiterated in Addis Ababa at the 43rd session of the African Union (AU) Permanent Representatives Committee (PRC), preparatory to the next sessions of the Executive Council and the AU Summit.

“Morocco reaffirms its strong and clear position in favour of the Palestinian cause and continues its constructive and active commitment to a just and lasting peace in the Middle East”, said the Ambassador and Permanent Representative of the Kingdom to the AU and UNECA, Mohamed Arrouchi, during this session, which is held by videoconference.

The Kingdom considers a lasting peace in the Middle East as a strategic choice and believes that the continued stalemate in the peace process between the Palestinian and Israeli sides only increases violence between the two sides, underlined the Moroccan diplomat, noting that the Palestinian-Israeli conflict, whose serious social and humanitarian repercussions are felt on both sides, continues to negatively affect the situation in the region.

Therefore, he said, this situation must be overcome through political negotiations and strengthening confidence-building measures between the two parties.

The Moroccan delegation stressed the importance of the involvement of the various regional and international stakeholders to put an end to the unacceptable practices which threaten the path to a peaceful settlement, reiterating Morocco’s permanent readiness to engage in international efforts to end the Palestinian-Israeli conflict and foster a just and comprehensive peace, within the framework of the two-State solution.

The proliferation of hate speech by extremist organizations undermines the chances of achieving a solution to the conflict and threatens peace in the Middle East, Arrouchi pointed out.

Recalling the historic role played by Morocco, under the leadership of HM King Mohammed VI, in strengthening the peace and stability process in several regions of the world, as well as the particularity of the Sovereign’s relations with the various sides in the Palestinian-Israeli conflict, the diplomat affirmed that Morocco is still determined to contribute, with its partners, to give new momentum into the negotiations between the two parties in order to foster peace in the region.

The Kingdom will stand by the Palestinians until they reach a just and comprehensive settlement, he underlined.

On the issue of the city of Al-Quds Acharif, the diplomat stressed that HM King Mohammed VI, Chairman of the Al-Quds Committee, personally ensures that all possible efforts are deployed and all available means are mobilized to preserve the special status of Al-Quds Acharif.

Furthermore, the Moroccan delegation highlighted the essential role played by Bayt Mal Al-Quds in favor of the implementation of social, economic and human development projects aimed at facilitating the development of the Palestinian territories, preserving the Arab and Islamic culture of the holy city and promoting social assistance through, in particular, initiatives for the empowerment of women and programs dedicated to young people and children.