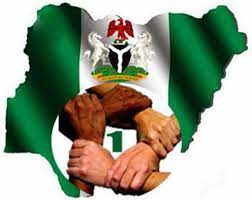 As Nigeria joins the rest of the world to mark the International Day of Peace, Minister of the Federal Capital Territory, Muhammad Musa Bello, has said in the countdown to the 2023 general elections, it is the duty of the people to intentionally work towards peaceful elections and shun all actions that could lead to the breakdown of law and order.

The minister made the call on Wednesday in Abuja, at the 2022 International Peace Day organised by the Department of Peace and conflict resolution, National Open University of Nigeria (NOUN) with the theme, ‘End Racism, Build Peace.’

He said in Nigeria, the principle upon which the declaration of the International Day of Peace is based also aligns with the words in the second stanza of our National Anthem which says; “To build a nation where peace and justice reign.”

Represented by Secretary for FCT Education Secretariat, Sani El-katuzu, the minister said Peace, therefore, is the foundation on which communities, societies and nations are built.

“I appeal particularly to the political class, whose body language must transmit peace and not post-election violence. Let’s push aside violent traditions and teachings in all areas of our lives. Let us avoid the trap of our skewed nationalistic tendencies that aggravate violent agitations,” he said.

“It is all involving for all strata of the society: Individuals, communities, civil society organisations, governments, regional bodies and the private sector all to play a role in building peace,” he said.

While noting that triggers against peacebuilding are seen in their daily lives and they can no longer be ignoring those triggers, he said, there is no gainsaying that illiteracy is counterproductive to peacebuilding and there are many children behind the education line, ‘these children are easily manipulated into the destructive culture.’

Speaking, the Vice Chancellor of NOUN, Prof Olufemi Peters, said if any nation badly needs peace, it is Nigeria.

Represented by the Dean of Management Services, Prof Wilfred Negwuanyi, the VC said: “We must constantly remind and urge ourselves to develop a culture of peace. This should start from our little corners, units, departments, faculties, universities and the world at large.”