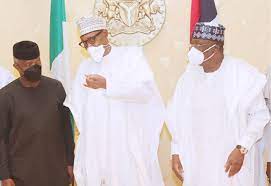 A legal practitioner, Mr Joe Abaagu, has cautioned Nigerians, especially the youths against electoral violence, saying anyone caught will go to jail for two years without an option of a fine as contained in the Electoral Act 2022.

Abaagu who is the Acting Chairman, Justice, Development and Peace Commission (JDPC) of the Catholic Archdiocese, gave the warning on Wednesday in Abuja.

According to him, the new Electoral Act has very strong provisions to tackle electoral violence, snatching of ballot boxes, and destruction of election materials.

“The current electoral act is very harsh on electoral violence. For instance, section 116 of the Act which deals with disorderly behaviour at political meetings punishes anybody who goes to disrupt a meeting with the punishment of either N500,000 as a fine or 12 months imprisonment.

“This is quite stiff compared with previous legislations. Similarly, Section 125 of the Electoral Act also deals with disorderly conduct at elections and also punishes with the same amount of N500,000 or 12 months in prison.

“Section 126 which deals with offences on election day and especially Subsection 4 which deals with snatching or destroying electoral materials, punishes an offender with 24 months imprisonment without option of fine. You will go straight to jail and your future will be destroyed,” Abaagu said.

The lawyer also said that the youths should not allow themselves to be used negatively by politicians during the 2023 elections, but should rather demand details of how they intend to tackle the myriad of issues affecting the country from the politicians.

He said, “My advice to the youths is to beware; politicians who love them will be finding solutions to their joblessness, their problems, seek permanent solutions to endless ASUU strike so that they can resume school and continue their education.

EFCC Arrests Fani-Kayode Over Forgery Despite Defection To APC