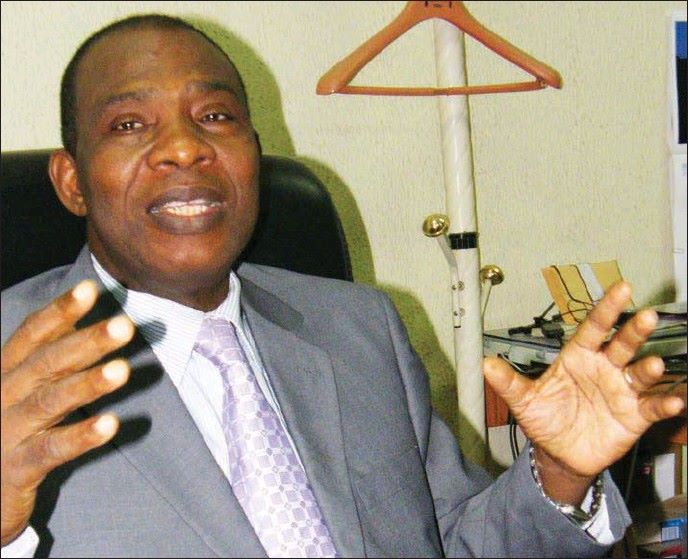 Nigeria has lost one of its finest sports journalists, Dr Sunny Ojeagbase. He died on Saturday, 26 February 2022 in Atlanta, United States of America (USA) after a brief illness at age 71.

Until his death, Ojeagbase, is the founder and executive chairman of Complete Communications Limited, publishers of Complete Sports newspapers, SuccessDigest and other online publications, has passed on to Glory.

In a release, by his family, Ojeagbase died on Saturday, 26 February 2022 in Atlanta, United States of America (USA) after a brief illness. He was 71 years.

Signed by Mr Julius Ojeagbase: “Dr. Ojeagbase hailed from Uzebba, Iuleha in Owan West of Edo State. Popularly known as Sunny Ojeagbase (or simply “S.O.”) before he added Emmanuel to his name, the late media entrepreneur broke into the national consciousness as the pioneer publisher of sports news in Nigeria when he established Sports Souvenir weekly newspaper in 1984.

“Before then, he was a retired soldier of the Nigerian Army who cut his teeth in sports journalism as a stringer at the Daily Times newspapers in the mid-1970s. Through sheer talent, determination and hard work, Ojeagbase blossomed very quickly and was appointed sports editor of Sunday Concord newspapers at inception in 1980 and sports editor of The Guardian newspapers also at inception in 1983. He resigned from The Guardian in 1984 to pursue his dream as an entrepreneur.

“Between 1984 and 1994, Ojeagbase introduced several other pioneering sports titles including Complete Football magazine, Complete Football International (CFI) and International Soccer Review (ISR) into the Nigerian sports market. Remarkably, the Complete Football titles played very prominent roles in ensuring Nigeria’s first appearance at the FIFA World Cup at USA 1994 as well as the country’s football Gold medal win at the Atlanta ’96 Olympic Games also in the USA. Between those two historic events in Nigerian sports, Ojeagbase introduced Complete Sports as the Number One daily sports newspaper in Nigeria in 1995.

“Also in 1994, Ojeagbase co-founded with his wife, Pastor (Mrs) Esther Ojeagbase, the Success Attitude Development Centre (SADC) with a vision and mission to teach young Nigerian entrepreneurs how to start, run and make a success of their businesses. SADC has gone on to produce and inspire thousands of successful entrepreneurs who are protégés of the Ojeagbase’s and many of whom are now employers of labour.

“Dr. Ojeagbase was ordained as a Pastor in March 2003 and he preached the message of God in words and in deeds to everyone who encountered him. His mantra was to do business and live life with the fear of God, integrity, compassion and peace of mind. He was a totally self-made man who was passionate about acquiring knowledge as attested to by a huge library filled with books on business management, leadership, entrepreneurship and related fields. He had a Diploma in Journalism from the University of Lagos, but he was conferred with an honorary Doctorate degree by a different institution for his accomplishments as an entrepreneur. He also received tons of awards and recognitions for his contributions to sports journalism, publishing, business mentorship and entrepreneurship.

“Pastor Ojeagbase was a rallying point for members of his immediate and extended families and also a benefactor to thousands of people. He created and facilitated breakthrough opportunities and jobs for young journalists and contemporaries alike. His generosity and philanthropy were limitless. He was completely detribalized and, despite being a Pastor, was extremely tolerant and unbiased to people of other faiths. He was a good man at heart and a great man in achievements.

“Pastor, Dr. Sunny Emmanuel Ojeagbase is survived by his wife, Pastor (Mrs) Esther Ojeagbase, his children both biological and adopted, as well as grandchildren and other relatives. He will also be sorely missed by friends, mentees and business associates.

Burial arrangements will be announced by the family.

FIFA/UEFA suspend Russian clubs and national teams from all competitions